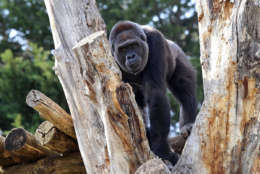 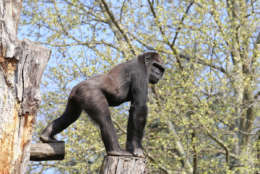 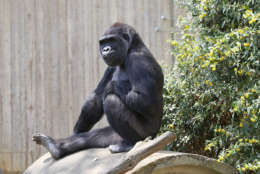 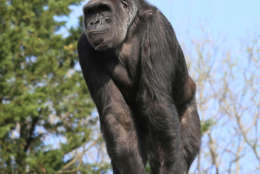 WASHINGTON — A western lowland gorilla at the Smithsonian’s National Zoo is going to be a mother for the first time.

The zoo is calling the birth from 15-year-old Calaya “highly anticipated.” The baby is expected sometime between late March and early May of next year, barring any complications.

Western lowland gorillas are considered critically endangered by the International Union for Conservation of Nature due to poaching and disease. They are found in the forests of Cameroon, Angola, Gabon, Central Africa Republic, Equatorial Guinea and Congo.

Calaya arrived at the zoo in February 2015 from Seattle’s Woodland Park Zoo as part of a breeding recommendation from the Association of Zoos and Aquariums‘ Species Survival Plan. She and 25-year-old male silverback Baraka bred in the summer.

It was a fitting match: A Woodland zookeeper had written a blog post about when Calaya first moved to D.C. and said, “By her first full day there, Baraka was content grunting towards her and Calaya was posturing towards him in a way that can only be described as, ‘Hey, I’m looking at you and I like what I see. Look at me!'”

How did animal care staff confirm Calaya had successfully conceived? With a common human pregnancy test, the National Zoo revealed Friday in a news release.

And if you’re dying to see a baby primate now, the zoo has a 1-year-old Bornean orangutan infant at the Great Ape House.