NAIROBI, Kenya (AP) — The Tigray rebel forces fighting Ethiopia’s federal army say they will release 4,000 prisoners of war as part of an amnesty.

The Tigray Peoples’ Liberation Front announced the release on Twitter Friday, amid an escalating war of words between Ethiopian and Tigray region officials over provocations and preparations for another round of full-blown war.

The Tigray forces decided to release 4,208 prisoners of war with an amnesty, out of which 401 are women, according to the tweet.

“Most of them were captured (in fighting) outside of the Tigray region, and others joined the fight in a forced conscription,” Birhane Kebede, coordinator of the prisoners’ center in the region, was quoted as saying by the regional ruling party. Birhane said those with disabilities, illnesses, and women who gave birth in detention were given priority for release.

The decision to release the prisoners followed weeks of talks held between military commanders on both sides, according to a foreign diplomat in Addis Ababa, who said talks at the political level have not yet taken place.

“These releases are probably both a sign of goodwill and also of the acute food shortage in Tigray,” William Davison, the International Crisis Group’s Senior Analyst for Ethiopia, told The Associated Press.

“Now that aid flows to the (Tigray) region have increased amid a prolonged lull in large-scale fighting, the federal government should restore vital services such as banking and advance the peace process by opening talks on a permanent ceasefire with Tigray’s leaders,” he said.

Ethiopia’s deadly civil war that erupted in November 2020 after federal officials accused Tigray forces of attacking an army base in the region is believed to have caused the deaths of tens of thousands of people.

International aid groups say federal forces sealed off the region, especially since July 2021, making very difficult the delivery of food and other desperately needed aid. In recent months the Ethiopian has relaxed the restrictions somewhat to allow a better flow of aid into the Tigray region.

This month has seen a toughening of rhetoric between the warring sides. Tigray spokesman, Getachew Reda, said on Twitter on May 12 that there had been several instances of indiscriminate shelling on civilians in parts of Tigray by Eritrean forces.

On the other side, Ethiopia’s Foreign Minister Demeke Mekonnen charged that the Tigray leaders had issued “a call for war” and urged the international community to condemn it. 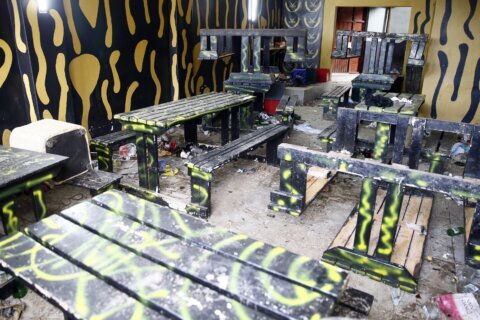