Mondays are no longer “for business because there is a lockdown,” Nduka says, referring to widespread weekly protests that have closed considerable commercial activity in the region.

A separatist group, the Indigenous People of Biafra, has ordered residents to stay at home every Monday as they continue their call for Nigeria’s southeast to become an independent country.

For at least eight months the group and its members have imposed the sit-at-home which is also to press for the release of Nnamdi Kanu, their leader being prosecuted for charges of treason and terrorism.

“It has crippled the whole of Mondays,” said Nduka of the protest. Many residents who have dared to go out on Mondays have been attacked and dozens have been killed, as reported over the months by the local media though authorities have not provided estimates. The lockdown is “affecting everything,” Nduka says.

The separatist group’s campaign reminds many of the short-lived Republic of Biafra which fought and lost a civil war from 1967 to 1970 to become independent from Nigeria. An estimated 1 million people died in the war, many of starvation.

More than 50 years later, the new separatist group says the Igbo people, Nigeria’s second-largest ethnic group from the southeast, are still being marginalized and persecuted.

The Igbo, with about 30 million people of Nigeria’s total population of 206 million, are concentrated in five of the country’s 36 states, including Abia, Anambra, Ebonyi, Enugu and Imo states.

“What we have decided is any day our leader will appear in court, our people will sit at home in solidarity; to show that they like what the man is doing for them,” said Emma Powerful, a spokesman for the Indigenous People of Biafra.

About 70% of the region’s people stay home on Mondays and when Kanu appears in court, which Ebonyi state governor Dave Umahi said is a result of “fear” that is increasing poverty.

In Orizo town in Ebonyi state, Success Nworie, 19, says no one in her family goes out on Mondays, and “it is causing hunger,” because they mostly live hand to mouth, from one day to the next.

Many government offices in the region are effectively closed on Mondays, despite efforts to keep them open.

The reason is more “a psychological issue” than of support for the Biafran separatist movement and its leader Kanu, said Steve Oruruo, a spokesman for the Enugu state governor.

In addition to the frequent lockdowns, Nigeria’s southeast is also confronted by growing violence in which gunmen often target security facilities, like police stations, jails and military camps.

Although the pro-Biafra group insists its secessionist campaign is peaceful and distances itself from some of the sit-at-home directives, police blame it for several acts of violence including an April 2021 jailbreak in Imo state in which nearly 2,000 inmates were freed.

Nigeria’s southeast, once among the safest in the country, is now battling violence and deepening poverty as the lockdown hits “the entire economy of the people of southeast (and) the day-to-day activities,” said Alex Ogbonnia, a spokesman for Ohanaeze Ndigbo, a cultural group representing the Igbo people.

With even police officers being targeted by the violence, ordinary residents are afraid to go out on Mondays, he said.

After some police stations and the residence of the Ohanaeze Ndigbo president were attacked recently, Nigerian leader President Muhammadu Buhari said “the law and order situation in the entire southeast is being reviewed,” but such statements in the past have not succeeded in restoring stability.

There’s little confidence that order can be reestablished in the southeast by Nigeria’s security forces, which are already overstretched by the 10-year-old revolt by the Boko Haram Islamic extremist rebels in the country’s northeast and rapidly growing communal violence in the northwest.

With another Monday lockdown around the corner, residents fear a continuation of the cycle of violence.

“It is very clear that the police are not enough to meet the security needs of the people,” said Ogbonnia of the Igbo cultural group. 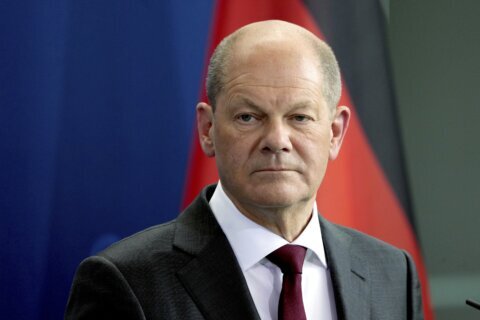