East and Horn of Africa prep for worst drought in decades

Agricultural workers in the east and Horn of Africa are preparing for their most severe drought in 40 years, as authorities warn that higher temperatures and less than normal rainfall was recorded by weather agencies in March and April this year.
Listen now to WTOP News WTOP.com | Alexa | Google Home | WTOP App | 103.5 FM

MOMBASA, Kenya (AP) — Agricultural workers in the east and Horn of Africa are preparing for their most severe drought in 40 years, as authorities warn that higher temperatures and less than normal rainfall was recorded by weather agencies in March and April this year.

The Intergovernmental Authority on Development said rains will likely fail for a fourth consecutive year, triggering fears of increased cases of malnutrition, threats to livelihoods and severe risks for 29 million people in the region. Meteorologists are linking the unfolding drought to human-caused climate change which is leading to increased warming in the Indian Ocean, causing more frequent cyclones.

Like most of Africa, the east and the Horn’s economic mainstay is agriculture, which is rain-fed, making it vulnerable to extreme weather events. Mama Charity Kimaru, who practices mixed farming by rearing livestock and planting cereals and vegetables in her 30-acre farm in Nyandarua, some 80 miles (126 kilometers) north of Nairobi, is among the farmers who are preparing for the worst outcomes. Kimaru says that increased temperatures recorded over the past few months have denied her livestock pasture and the crops she had planted in anticipation of the long rains season have failed.

The weather agency previously said in February that the region should prepare for a “wetter than average” long rains season, which normally pours from March to May, but the agency revised its previous forecasts this week.

“The March, April, May rains are crucial for the region and, sadly, we are looking at not just three, but potentially four consecutive failed seasons,” Workneh Gebeyehu, the executive secretary of the intergovernmental agency, said. “This, coupled with other stress factors such as conflicts in both our region and Europe, the impact of COVID-19, and macro-economic challenges, has led to acute levels of food insecurity across the greater Horn of Africa.”

Below average rainfall for 2022 are likely to prolong the already extremely dry conditions which have not been experienced to this degree since 1981. Ethiopia, Kenya and Somalia — which will be severely impacted by the reduced rains — are already in the midst of a dire famine.

“Whenever we have intense cyclones in the Southwest Indian Ocean, we always prepare for a long drought season in eastern and the Horn regions,” Evans Mukolwe, the former science director at the U.N., said. “This is because the cyclones suck much of the moisture depriving the region of the much-needed precipitation. It has been the pattern for decades.”

Aid organizations are already concerned about how worsening climate change impacts will affect the region in future decades.

“This is not the Horn’s first drought, nor is it likely to be its last,” said Sean Granville-Ross, the regional director for Africa for the aid agency Mercy Corps. “As the climate emergency worsens, droughts will become more frequent and severe. People affected by climate change cannot wait for one crisis to end before preparing for the next.”

“The international response must prioritize immediate needs while allocating additional resources to long-term, smart interventions that will result in long-term change and assist communities in becoming more drought-resistant.”

The U.N. humanitarian office warned last week that the current drought “risks becoming one of the worst climate induced emergencies in recent history in the Horn of Africa.” It also said that the $1.5 billion drought response appeal required to assist some 5.5 million people in Somali remains seriously underfunded. 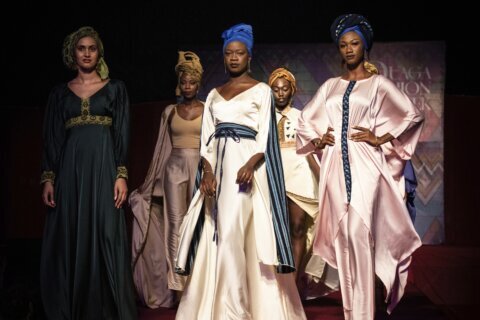 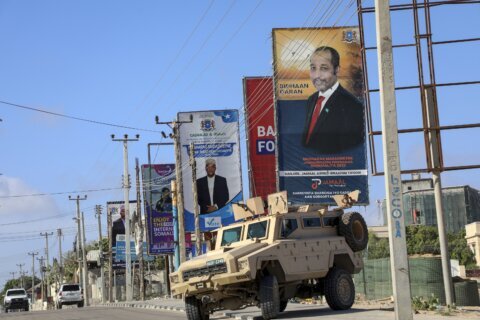