Ethiopia objects to alleged “misconduct” of WHO chief Tedros

GENEVA (AP) — The government of Ethiopia has sent a letter to the World Health Organization, accusing its Ethiopian director-general of “misconduct” after his sharp criticism of the war and humanitarian crisis in the country.

Ethiopia nominated Tedros Adhanom Ghebreyesus to be the head of the U.N. health agency four years ago, but says he has “not lived up to the integrity and professional expectations required from his office,” accusing him of interfering in Ethiopia’s internal affairs, according to a press release issued late Thursday.

WHO had no immediate response to the claims.

Tedros, an ethnic Tigrayan, has repeatedly deplored the situation in his home country and called for humanitarian access to the conflict-ridden region of Ethiopia.

“Nowhere in the world are we witnessing hell like Tigray,” said Tedros at a media briefing Wednesday. He cited a missive WHO had received recently from a physician in the region, who said health authorities had run out of basic medicines for diseases including diabetes in June and were now using expired stocks and intravenous fluids. Health officials in the Tigray capital have described the same to The Associated Press.

Tedros condemned Ethiopia’s blockade of international access to Tigray, saying that WHO had not been allowed to send any supplies to the region since July, noting the U.N. agency had access to Syria and Yemen even during their worst conflicts.

He said there should be “unfettered” humanitarian access to Tigray and said that “just respecting the constitutional order ”would bring this problem into a peaceful conclusion.”

He continued: “Of course, I am from that region and from the northern part of Ethiopia. But I am saying this without any bias.”

The Ethiopian government said Tedros was using his office “to advance his political interest at the expense of Ethiopia” and said he continues to be an active member of the Tigray People’s Liberation Front; Tedros was foreign minister and health minister when the TPLF dominated the country’s ruling coalition.

The TPLF, the political party that runs the Tigray region, has been clashing with Ethiopian federal forces since the country’s Nobel Peace Prize-winning prime minister accused the heavily armed regional government of attacking a military base. Each government regards the other as illegitimate after a months-long falling-out amid political reforms.

On Friday, the U.N. World Food Program warned its food assistance in northern Ethiopia is “about to grind to a halt because intense fighting has blocked the passage of fuel and food.” No WFP convoys have reached the Tigray capital since mid-December, it said in a statement, “and the last of WFP’s cereals, pulses and oil will be distributed next week.” Stocks of nutritionally fortified food to treat malnourished children and women are depleted, it said.

In a separate statement on the war, the U.N human rights office said at least 108 civilians have reportedly been killed in Tigray this year by airstrikes “allegedly carried out by the Ethiopian air force.” It warned of possible war crimes.

The airstrikes have continued despite a shift in the war in recent weeks, with the Tigray forces retreating into their region and Ethiopian forces saying they wouldn’t pursue them further there. Meanwhile, Prime Minister Abiy Ahmed has spoken of reconciliation and national dialogue.

In September, France, Germany and other European countries nominated Tedros for a second term as WHO’s director-general, the first time any candidate was not supported by his or her home country. Tedros is expected to be confirmed for another five-year term in May, as he is running unopposed.

Under Tedros, WHO came under withering criticism from the U.S. Trump administration over allegations of grievous missteps in responding to COVID-19 and for allegedly “colluding” with China in the early phases of the outbreak.

Tedros has been a leading voice urging rich countries and vaccine makers to do more to improve access to COVID shots in the developing world — a call that has largely gone unheeded.

Last year, WHO faced mounting pressure over revelations from an AP investigation and an independent panel that found senior management were informed of sexual abuse allegations during the agency’s response to an Ebola outbreak in Congo. 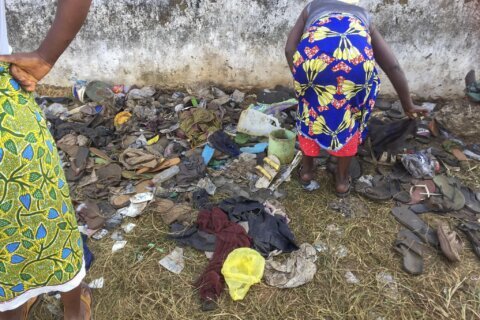 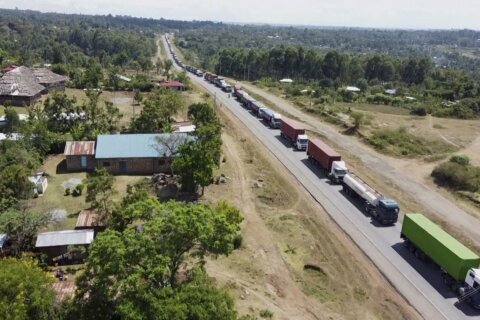 Trying to stem the pandemic, Uganda creates a fuel crisis 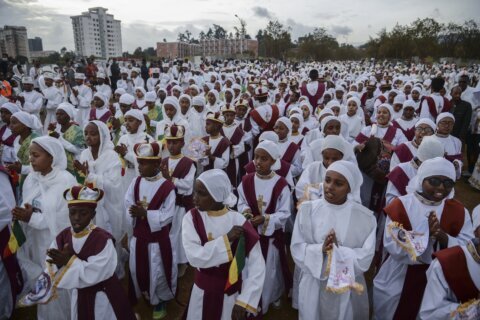