JOHANNESBURG (AP) — Former South African President Jacob Zuma will be allowed to appeal a court ruling that ordered him back to jail to serve the remainder of his sentence, a judge ruled Tuesday.

Zuma, 80, had been released on medical parole earlier this year, but the Gauteng High Court in the capital, Pretoria, ruled last week that his parole had been illegal. On Tuesday, Judge Elias Matojane said the ex-president can now appeal that finding.

“Because of his illness and advanced age, he needs compassion, empathy and humanness,” Matojane said of Zuma in delivering the judgment.

Zuma was convicted and sentenced for defying a court order ordering that he appear before a government-backed commission probing allegations of corruption during his tenure as president from 2009 to 2018.

Zuma’s release on medical parole had been granted by former correctional services commissioner Arthur Fraser against the recommendation of the parole board.

He served nearly two months of his 15-month sentence, but this was mainly in the hospital wing of the Estcourt Correctional Center and a hospital in Pretoria, where he underwent surgery in August this year.

Zuma’s lawyer, Dali Mpofu, had argued that returning him to jail “is equivalent to a death sentence.”

“You are saying he must return to that place where the medical doctors and prison authorities say they cannot cater for him,” Mpofu said. “Then what else is going to happen except that he must die there.”

Zuma’s imprisonment in July sparked protests by supporters who demanded his immediate pardon and release from jail.

The protests quickly descended into chaotic violence in which trucks were burned, shops and warehouses looted and burned. More than 300 people died in the country’s worst violence since the end of apartheid in 1994. 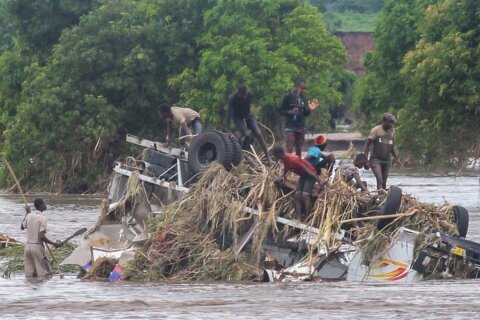