African leaders hail Tutu, but many don’t follow his lead

But many of the same leaders have remained silent about the late Nobel Peace Prize winner’s support for issues they’re uncomfortable with, such as his support for LGBTQ rights, democratic freedoms and environmental issues.

Tutu died Sunday at age 90. His casket is to lie in state Thursday and Friday at St. George’s Anglican Cathedral in Cape Town, where the public is invited to file past to pay their respects ahead of a requiem Mass and funeral on New Year’s Day.

A celebration of Tutu’s life, featuring the music and dancing that he loved, was held this week at Cape Town City Hall. Memorial services are planned in Johannesburg and other parts of South Africa.

Tutu was a “true son and icon of Africa. His contribution to the liberation struggle and unwavering position to peace, unity and good governance will forever be cherished,” Tanzanian President Samia Suluhu Hassan said without mentioning his support for the LGBTQ people who are threatened with arrest in Tanzania.

Ethiopian Prime Minister Abiy Ahmed, who won the Nobel Peace Prize 25 years after Tutu did, praised his fellow laureate as “the embodiment of the struggle for liberation,” even though Tutu’s foundation early this year warned that the war in Ethiopia’s Tigray region amounted to genocide.

Revered across the continent for opposing apartheid in South Africa and helping the country’s peaceful transition to majority rule, Tutu went on to tackle some of Africa’s most thorny issues and its leaders.

Tutu was “ahead of his time,” Nic Cheeseman, a politics professor and specialist in African politics at the University of Birmingham in Britain, said.

“Many great people have one great fight in them, then they become blinkered and support the new status quo,” Cheeseman said. “Tutu continued to see injustice — economic, racial and sexual — and understood there were more battles to be won. He did not stop with the fall of apartheid.”

After apartheid ended in South Africa ended in the early 1990a, Tutu urged the international community to punish the military junta of the late Nigerian dictator Sani Abacha with sanctions after it hanged environmental activist and playwright Ken Saro Wiwa and other activists in 1995.

As evidence mounted of the killings of tens of thousands of people and displacement of many in Sudan’s Darfur region, Tutu lashed out at African leaders for supporting and protecting then-Sudanese leader Omar al Bashir from an International Criminal Court warrant of arrest for genocide, crimes against humanity and war crimes.

“He believed in the universality of human rights,” Stephen Brown, a professor at the University of Ottawa’s School of Political Studies, said of Tutu. “He held profound convictions no matter how risky or unpopular it could be to advocate what he believed in.”

Tutu repeatedly clashed with Zimbabwe’s former ruler, the late Robert Mugabe, whom he said resembled a “caricature of an African dictator.” In turn, Mugabe dismissed Tutu for supporting gay rights, calling him “an angry, evil and embittered little bishop.”

“If you are neutral in situations of injustice, you have chosen the side of the oppressor,” tweeted a Tanzanian opposition party, the Alliance for Change and Transparency, repeating one of Tutu’s most famous quotes. 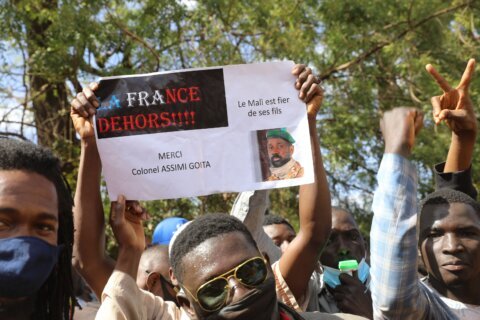 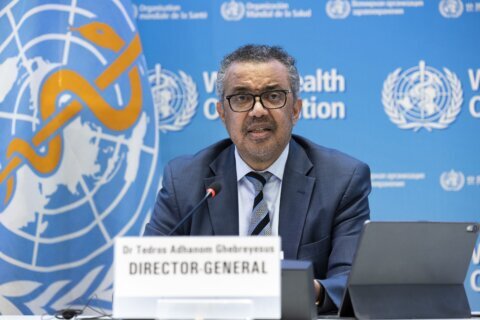 Ethiopia objects to alleged “misconduct” of WHO chief Tedros