Tunisian media suggested that Saied was irked by Marzouki’s demands that France end its support for the Tunisian government. The decision on the passport was made public in a communique.

“Some have gone abroad to undermine the interests of Tunisia,” Saied said, referring to Marzouki who was president from 2011 to 2014.

Days ago, Marzouki participated in a demonstration while in Paris, during which he had urged French decision-makers “not to endorse a totalitarian system.”

In July, Saied sacked Tunisia’s prime minister, suspended parliament and assumed executive authority, saying it was because of a national emergency. His critics called it a coup. 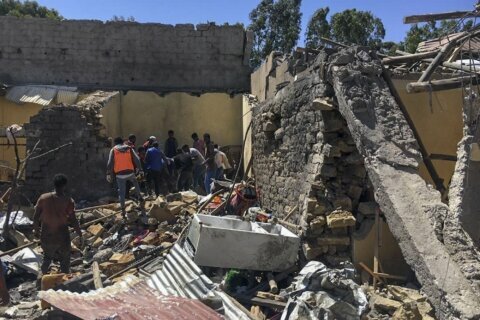