Botswana’s president, Mokgweetsi Masisi, said the troops would work with Mozambique’s armed forces and soldiers sent by other members of the regional bloc, known as SADC, to put down the insurgency in which more than 3,000 people have died since 2017..

Botswana’s troops will join 1,000 soldiers who arrived in Mozambique earlier this month from Rwanda, which is not an SADC member. The Rwandan troops reported to already be in action; local news site Carta de Moçambique said they had killed 30 insurgents last week.

The SADC mission in Mozambique will be led by South African Maj. Gen. Xolani Mankayi, who is in Mozambique as part of an advance deployment.

The regional body last month approved a $12 million budget for the deployment of the Standby Force Mission for Mozambique. Earlier this year, military experts from the group recommended that the SADC send about 3,000 soldiers with arms, helicopters, airplanes, and naval ships.

The World Food Program has warned of a growing hunger crisis, saying nearly 1 million people need food aid as a result of the conflict.

The insurgency in northern Mozambique started in Cabo Delgado province in 2017 and has grown rapidly in the past year. The rebels have held the port of Mocimboa da Praia for nearly a year and have repeatedly attacked the strategic center of Palma, forcing the French energy firm Total to suspend its $20 billion liquified natural gas project there.

The United States sent 12 special forces officers to help train Mozambique’s military. The European Union has approved sending a military training mission to build on a program provided by Portugal, according to a recent report by Cabo Ligado, which reports on the conflict with the Armed Conflict Location and Event Data project.

A private military contractor, Dyck Advisory Group, provided helicopter air support to Mozambique’s police, but its contract expired at the start of April and was not renewed. 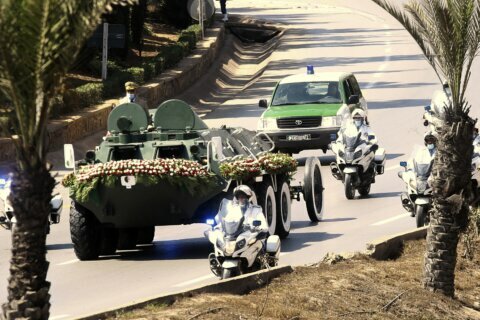