LAGOS, Nigeria (AP) — A student has been fatally shot at a school in northern Nigeria as gunmen abducted eight students and two lecturers in yet another violent attack on an educational institution in the country, authorities said Friday.

Kaduna State Commissioner for Internal Security and Home Affairs Samuel Aruwan said in a statement that the incident occurred late Thursday at the government-owned Nuhu Bamalli Polytechnic in Zaria.

The gunmen shot sporadically and, in the process, two students were hit and one of them died Friday morning, he said.

“Two lecturers and about eight students were abducted from the institution during the attack,” Aruwan said.

It is the third violent attack on a tertiary institution in Kaduna State in as many months.

Five of those snatched from Greenfield University were killed as their abductors made demands for ransom.

The latest incident also comes two weeks after gunmen abducted 147 children and three teachers from the Salihu Tanko Islamic School, Tegina, in neighboring Niger State. One person was shot dead in the attack. Eleven of the children who were too young to keep pace when the gunmen moved the children into the forest were later found abandoned.

Six abductions from schools, mainly for ransom, have been recorded in northern Nigeria this year.

President Muhammadu Buhari has been under pressure to address the growing insecurity in the country. 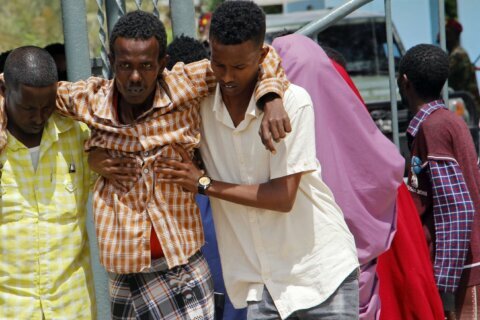