The decision made this week to suspend Ace Magashule and implement a policy that forces leaders charged with corruption to resign is largely seen as a victory for Ramaphosa against his political rivals. These include Magashule and a political faction within the party which is sympathetic towards former president Jacob Zuma.

Ramaphosa succeeded Zuma as president of the ANC and of South Africa in 2017 and 2018 respectively. He has lamented the scourge of corruption in the country, particularly in government departments and the country’s state-owned enterprises. Ramaphosa promised to rid the party of the culture of corruption and the suspension of Magashule is seen as a significant step, especially in a year that the party will face local government elections.

The ANC, which came to power in 1994 after leading a liberation struggle against the white minority government, has been marred with corruption allegations while the vast majority of black South Africans remain poor. The political party has suffered a loss of electoral support because of this.

The party’s leadership confirmed Magashule’s suspension and that of all leaders who refuse to “step aside” from their positions as elected officials and public representatives pending the finalization of their corruption cases.

The suspensions mean they cannot participate in any structures of the government or the party, which is likely to weaken their political influence.

“During the step-aside period, suspended individuals may not make public pronouncement related to the work of the organization,” Ramaphosa said in a closing address after the leadership’s meeting this week. He added that during this period, “a public representative may not occupy any executive office or other position of responsibility in the legislature to which they belong.”

Magashule is facing corruption and fraud charges for allegedly benefitting from a R255 million (over $18 million) contract to eradicate asbestos houses in the Free State province when he was a premier of the province. He last appeared in court in February on charges of fraud and corruption, and his trial is scheduled for August.

The party has also threatened to discipline Magashule if he does not apologize for sending a letter purporting to suspend Ramaphosa in retaliation to his own suspension.

Ramaphosa has faced resistance against his anti-corruption drive from Zuma, who has refused to testify at the state capture commission, a government-backed inquiry investigating wide-ranging allegations of corruption during his tenure as president from 2009 to 2018.

Zuma is facing a legal battle with the commission as it seeks to compel him to testify, and has applied with the country’s Constitutional Court to have him jailed for defying the country’s judicial system.

Ramaphosa, however, testified at the commission last month and is scheduled to appear again later this month to be questioned about his knowledge of alleged corruption during Zuma’s tenure when he was his deputy.

Political analyst and head of politics at the University of South Africa, Dirk Kotze, said such “bold action” against ANC leaders accused of corruption would be generally welcomed but would not solve the country’s corruption problem.

“It will not be a panacea for the corruption problem but the suspension of high-profile ANC leaders like Magashule is an indication that nobody is above the law,” he said. “It will serve as a deterrent for those ANC members who are thinking of continuing with corrupt practices.” He said that he hopes the practice will extend beyond just the ANC in the future. 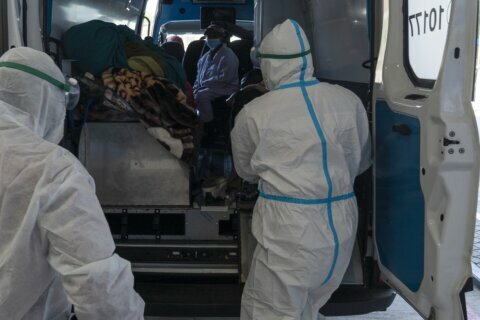