RABAT, Morocco (AP) — Morocco’s ambassador to Germany has been recalled to Rabat for “consultations,” the Moroccan Foreign Ministry said Thursday.

The North African kingdom’s move comes amid rising tensions with Germany, notably related to the disputed Western Sahara. The ministry also cited concerns about the two countries’ cooperation against terrorism and in settling Libya’s conflict.

In March, Morocco suspended ties with the German Embassy due to “deep misunderstandings” following then-U.S. President Donald Trump’s controversial decision in December to recognize Morocco’s sovereignty over the territory.

“We are all the more surprised by this measure as we are working with the Moroccan side in a constructive way to resolve the crisis,” the ministry said, adding that it has asked Morocco for an explanation.

On Thursday, the Moroccan Foreign Ministry said in a statement that “Germany has distanced itself from the spirit of constructive solution with a destructive attitude on the issue of the Moroccan Sahara.” It accused Germany of “antagonistic activism” following Trump’s decision.

The ministry also accused German authorities of acting “with complicity towards an individual formerly convicted of acts of terror, by disclosing sensitive information communicated by the Moroccan security services to their German counterparts.”

It did not name the individual, or elaborate on the accusations.

And the ministry said Germany exhibited a “continued determination to counter Morocco’s regional influence, particularly on the Libyan issue,” after Morocco was not included in important Libya peace talks in Berlin in January.

After Morocco froze relations with the German Embassy in March, Germany’s government said it saw no reason for a deterioration of its good diplomatic relations with Morocco.

The U.N. has expressed concern that Trump’s decision — in exchange for Morocco normalizing diplomatic ties with Israel — could thwart negotiation efforts in the long-running Western Sahara conflict. Many countries, including Germany, support a U.N.-brokered political solution. 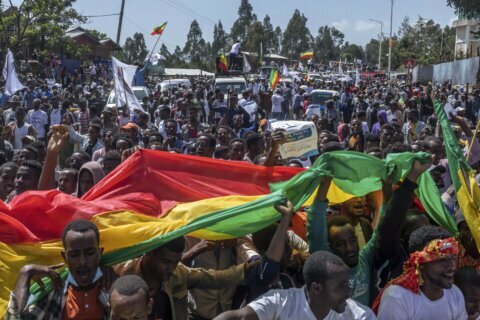