DAKAR, Senegal (AP) — Senegal and Spain signed a memorandum of understanding on Friday to discourage illegal migration that has been increasing amid the coronavirus pandemic.

More than 41,000 people from Morocco and West Africa crossed to Spain in 2020, and more than half of them did it by embarking on flimsy boats to the Canary Islands, the Spanish archipelago in the Atlantic Ocean, off the northwestern African coast. Hundreds died last year after embarking on the deadly water route.

Spanish authorities are holding thousands of migrants, including potential asylum seekers, in camps set up on the islands, hoping to return as many of them to their home countries either voluntarily or through agreements with African governments. Part of that solution is to resume flights of forced returns to Senegal, a program that has been halted since 2018.

While the president did not mention a resumption of flights or the return of illegal Senegalese migrants, he did discuss the memorandum of understanding that would see seasonal migration trips to Spain.

“We can organize seasonal departures since Spain needs manpower,” Sall said. “We are working with the Spanish government so that those who have to return will be given priority.”

More than 71,000 Senegalese live and work in Spain, according to the two leaders.

“The solution for Africa is not to see children die in the ocean,” he said.

Sall said the government would create 65,000 jobs in Senegal, as well as promote enter entrepreneurship, vocational training and cooperation.

“This is how we can resolve the issue of migration. It’s not about leaving organized gangs that exploit these young people and let them die on the ocean floor,” he said.

The Spanish Prime Minister insisted on the fight against migrant smugglers.

“We discussed the importance of sending a clear message to traffickers. We need to send a clear message to fight human trafficking and illegal migration. We must give the opportunity for there to be a regular migration which could be beneficial for our countries,” Sanchez said.

The visit by Sanchez to Senegal ends his mini-tour to two African nations that are key in the European country’s new push to bolster ties with the neighboring continent and mitigate the migration flows.

He visited Angola before his stop to Senegal.

Sanchez is also scheduled to pay a visit to Spanish police working with Senegalese counterparts to crack down on human trafficking across the West African coast. The contingent comprises 57 members of Spain’s Civil Guard and National Police, two patrol boats, and a helicopter based on the port of Dakar.

Africa has proportionally reported fewer coronavirus cases and deaths than Europe. But officials in Madrid fear that the fallout of lockdowns in jobs and the shockwaves of the global economic slump could send even more Africans on the perilous journey to European shores, many of them via Spain.

Spain also hopes to increase its limited investment and trade exchanges with the neighboring continent as a way to lift African economies and dissuade potential migrants. Nearly one-fifth of Spain’s exports in 2019 went to Africa, amounting to 19 billion euro ($22 billion). Spain imports from the continent were worth 27 billion euros in the same period.

Sanchez, a Socialist leading a left-wing coalition, has said that he wants to turn 2020-2030 into “Spain’s decade in Africa.”

He will wrap his tour in Senegal on Friday by visiting a military base for Spanish and other international forces fighting extremism in the Sahel region and the center in Dakar that will host the first Cervantes Institute in sub-Saharan Africa for studies of the Spanish language and culture. 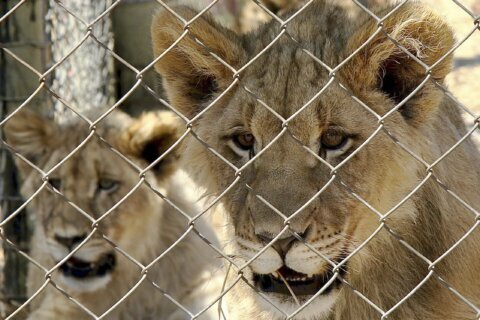