Fire crews worked for a third day to extinguish a wildfire on the slopes of Cape Town’s Table Mountain on Tuesday as the city came to terms with the damage caused by what officials have described as one of the area’s worst blazes in years.
Listen now to WTOP News WTOP.com | Alexa | Google Home | WTOP App | 103.5 FM
(1/11) 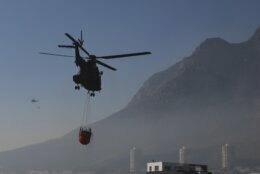 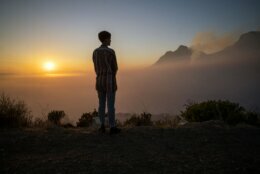 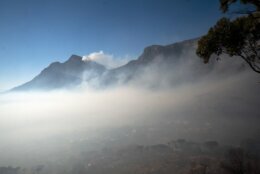 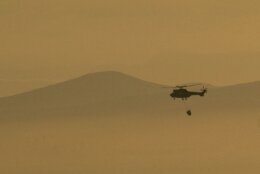 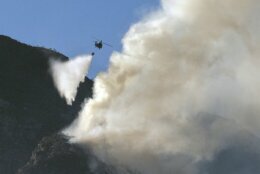 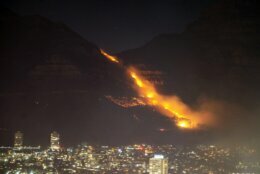 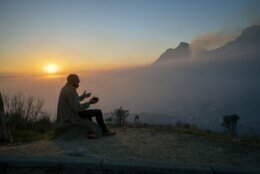 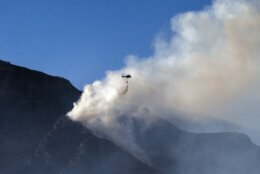 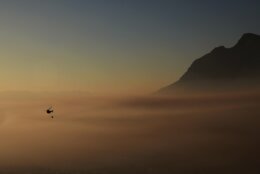 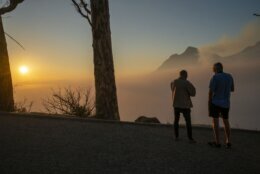 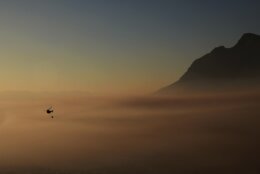 CAPE TOWN, South Africa (AP) — Fire crews had largely contained a big wildfire on the slopes of Cape Town’s Table Mountain on Tuesday as the city started to come to terms with the damage caused by what officials described as one of the area’s worst blazes in years.

About 90% of the fire had been contained, the Table Mountain National Park authority said, but only after firefighters again worked through the night and were into a third day battling the flames.

Those firefighters faced “extreme circumstances” overnight, said the Working on Fire organization, which specializes in dealing with wildfires and has been helping the city’s fire department. The operation on Table Mountain had now reached the “mop-up” stage, Working on Fire said.

Fire-fighting helicopters dropped water on areas where the fire still smoldered and smoked on the rocky peaks of Table Mountain. South African army choppers joined the operation to support the fire department after the helicopters were all grounded Monday because of strong winds.

The winds had eased, but thick smoke still hung over the city and fire crews watched for flareups.

“Our first priority remains fully extinguishing all of the fire lines,” local government official Anton Bredell said. “Then, over the next few days, firefighters will continue to dampen down the affected areas and monitor for flareups until we are 100% sure the fire is out.

“Once the fire has been extinguished, the investigation into the cause of the fire will be conducted.”

Wildfires are reasonably common in the mountains and peaks around Cape Town during the hot, dry summer months and become especially dangerous and unpredictable when fueled by strong coastal winds.

They sometimes spark because of the heat and dry ground, and other times are a result of fires set by people blowing out of control.

This fire started early Sunday and, fueled by strong winds, ripped down and across the slopes of the mountain toward residential areas overlooking downtown Cape Town.

Neighborhoods were evacuated while firefighters mostly kept the flames at bay and away from homes — sometimes with just a few meters to spare. Around 250 firefighters were mobilized.

In all, 11 buildings were destroyed, six firefighters have been hurt battling the blaze and nine other people have been treated for breathing problems because of smoke inhalation, city authorities said.

The University of Cape Town campus was one of the first sites to be hit and appears to have suffered the most damage. Numerous buildings at the university burned, including part of a near 100-year-old library containing rare books and manuscripts on African studies. The university said some of those “priceless” works had been lost, but it was unclear yet how much.

Other historic buildings nearby, including a 225-year-old windmill and a renowned restaurant and tea room near a memorial to British colonial politician Cecil Rhodes, also burned down.

At the tea room, plates and half-full cups sat on charred tables amid the ruins, showing how customers and staff had been forced to suddenly flee. Small fires still burned in the nearby forest.

The South African government said a residence owned by its Department of Public Works and Infrastructure was completely destroyed by the fire. The house was empty at the time but family members of a national minister and two deputy ministers had to be evacuated from their homes nearby. The fire also came close to South African Deputy President David Mabuza’s Cape Town residence, the government said.