Mauritius pumps fuel from Chinese ship that ran aground

JOHANNESBURG (AP) — Workers in Mauritius on Tuesday began pumping 130 tons of fuel from a Chinese fishing vessel that ran aground on a coral reef on the Indian Ocean island’s west coast.

The grounded ship has spilled a small amount of fuel into the ocean, but its hull remains intact, according to the local newspaper, L’Express.

Police helicopters are helping to remove the diesel fuel and oil lubricant because the ship is stranded in shallow waters inaccessible to tugboats, the newspaper reported. It is expected to take up to five days to empty the ship and remove it from the reef, it said.

The 150-foot trawler Lu Rong Yuan Yu ran aground when it was entering the port of Pointe-aux-Sables on Sunday, the newspaper reported. The Ministry of Fisheries has launched a preliminary investigation into how the accident happened.

Sixteen crew members are safe and are now in quarantine on the island, the paper reported.

The quick efforts to remove all fuel from the Chinese ship comes after the island’s officials took nearly two weeks to respond in July last year when a bulk carrier ship was stranded on the southeast coast of Mauritius. Battered by waves, the hull of that ship, the Japanese Wakashio, broke in two, causing a spill of about 1,000 tons of fuel. That oil spill caused significant damage to the island’s environmentally pristine reserve. 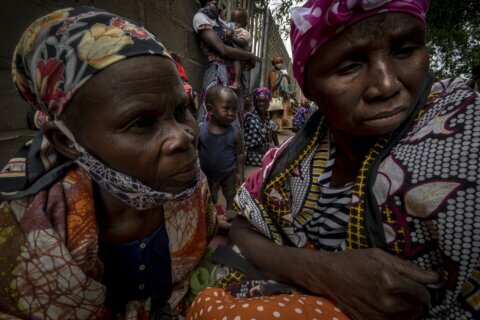