KAMPALA, Uganda (AP) — Urgent calls for COVID-19 vaccine fairness rang through African countries on Friday as more welcomed or rolled out doses from the global COVAX initiative, with officials acutely aware their continent needs much more.

“Rich countries should not be so selfish,” Pontiano Kaleebu, head of the Uganda Virus Research Institute, said as his country received its first doses. “It’s a concern, and everyone is talking about it.”

The East African nation of 45 million people was receiving under 1 million vaccine doses — 864,000. It’s the first batch of a total of 18 million COVAX doses for Uganda, but when all will arrive is not known.

That number is “not going to do much,” said Monica Musenero, an epidemiologist and presidential adviser, though she added that “we can advocate for more vaccines, but we should also appreciate what we’ve got.”

The foundation of Nobel Peace Prize winner and former South African archbishop Desmond Tutu and his wife, Leah, on Friday issued a statement saying that “more must be done, immediately, to ensure lower-income countries have faster access to COVID-19 vaccines, diagnostic tools and treatments.”

The foundation said a small number of rich countries hold the majority of vaccine doses.

“This is not a time for selfishness,” its statement said, and it noted growing calls for a waiver of intellectual property rights to COVID-19 vaccines to allow for faster, wider production — a proposal opposed by the European Union and countries including the United States, Britain and Canada.

While the COVAX initiative was created to ensure that low- and middle-income countries receive COVID-19 vaccines, it has faced delays and limited supply.

Even as the World Health Organization’s Africa chief, Matshidiso Moeti, on Thursday noted that almost 10 million COVAX doses had been delivered to 11 African countries, she could not resist adding, “finally.”

She added, “we expect about half of African countries will receive COVAX deliveries in the coming week and that most countries will have vaccination programs under way by end of March.”

In Kenya, vaccinations with 1 million doses began a day after President Uhuru Kenyatta declared that “vaccine nationalism is something that we should all abhor.”

The president encouraged citizens of East Africa’s economic hub to keep up virus prevention measures, even as many Kenyans are weary of a curfew they say is hurting the economy. “This pandemic has inconvenienced our livelihoods, but while we can recover this, we cannot get back lost lives,” Kenyatta said.

Kenyan authorities also pushed back against vaccine skepticism, a growing concern, after the local Catholic Doctors Association called on its 300 members to refuse the shots, calling them “totally unnecessary.” The group’s stance differs from that of the church.

“I can assure the safety of this vaccine as it has gone through a rigorous process,” said Patrick Amoth, the director general at the ministry of health and the first to receive a shot. “As you can see, I have taken it. No one should fear.”

The goal in Africa is that countries will be able to vaccinate 20% of their population with the COVAX doses by the end of this year — far from the goal of 60% or more to achieve so-called “herd immunity” when enough people are protected through infection or vaccination to make it difficult for a virus to continue to spread.

“You expect that at this point we should be getting the initial 9 million doses from COVAX” instead of less than 1 million, said Misaki Wayengera, head of a technical committee advising Uganda’s response. He worries that delays in vaccine procurement mean several months could pass before some people receive the second required shot.

Uganda aims to vaccinate 20% of its population with doses from COVAX, with 40% vaccinated via government and private-sector funding.

The COVAX delays have pushed other African countries to seek more doses elsewhere, including via bilateral deals that can be unfavorable.

Uganda has announced plans to buy 18 million doses of the AstraZeneca vaccine from the Serum Institute of India, but the country faces cash shortages.

And it is not clear how much the doses will cost. Some critics have been appalled by lower-income countries paying more per COVID-19 vaccine dose than rich ones.

One WHO official in Africa, Richard Mihigo, on Thursday discouraged African countries from bilateral deals because of the risk of paying a high price. The African Union instead is pursuing bulk deals for the continent, but that also has faced delays. 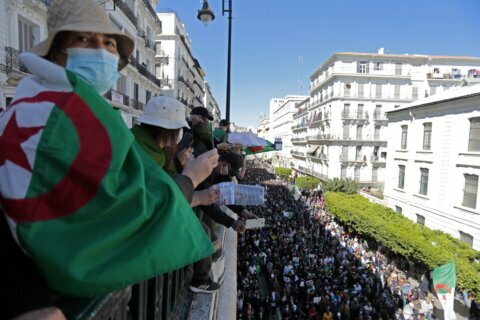 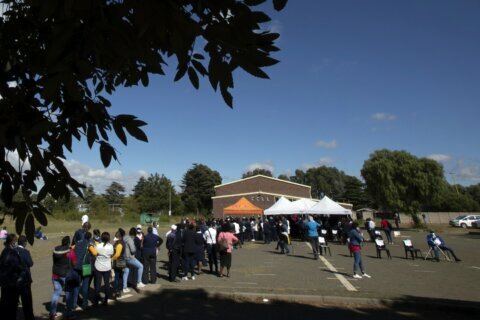