Attorney Doug Coltart said he was en route to the police station to confirm the charges against his client.

Chin’ono posted on his Twitter account that police had picked him from his house and said they were charging him with “communicating falsehoods.”

The arrest comes after Chin’ono tweeted that police had beaten an infant to death while enforcing COVID-19 lockdown rules this week. Police later said the information was false.

Before the latest arrest, Chin’ono was out on bail on separate charges of inciting violence after he voiced support for an anti-government protest in July and also on contempt of court charges for allegedly claiming corruption within the country’s national prosecution agency.

Chin’ono is one of Zimbabwe’s most prominent critics of President Emmerson Mnangagwa’s administration, accusing it of corruption and human rights abuses. The government denies the charges.

Before he was arrested in July, Chin’ono had published an expose on Twitter in which he alleged corruption involving a $60 million purchase of protective equipment for health workers.

Mnangagwa later fired the health minister, who has been formally charged with corruption in the case. Chin’ono and his backers say he is being targeted for exposing government corruption. The government and the ruling party accuse him of being out to tarnish Mnangagwa’s image. 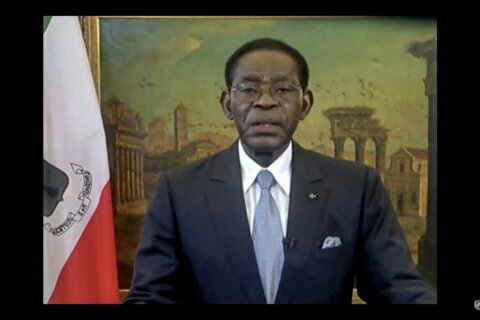