The rebels are protesting the re-election on Dec. 27 of President Faustin-Archange Touadera. Following the Jan. 4 announcement of Touadera’s victory, the rebel coalition threatened to take the capital. They had also taken towns in other parts of the country before the election.

The army is supported in its battle against the rebels by forces from Rwanda, Russia, France and the United Nations.

The fighting began early Wednesday at the entrance to Bangui, near its PK11 and PK12 areas and in the Bimbo neighborhood, Prime Minister Ngrebada said in a post on Facebook.

“The attackers who came in large numbers to take Bangui have been vigorously pushed back,” he said.

“Early this morning, the criminals, the rebels and enemies of the people of Central African Republic, the mercenaries and terrorists, including the Central Africans who lead them, they launched the assault in the Begoua sector. But the defense and security forces did not let their guard down,” he said.

U.N. forces in Central African Republic, known as MINUSCA, and other allied forces engaged as well, he said.

“We stood up as one man and we routed them. They are on the run everywhere,” he said, asking Bangui’s residents to be vigilant and signal the presence of rebels so that they can be tracked.

Abakar Sabone, spokesman for the rebel coalition and head of military operations who had warned of an attack on Bangui earlier this month, accused the government of being behind the chaos. He said Touadera must sign agreements with the rebels.

“We must protect our country, defend the interests of this country,” he said. “If it is about war, we have weapons. Touadera has abused the confidence of the people.”

The fighting around Bangui comes one week before the Constitutional Court is to rule on the validity of the election results. The opposition had urged the court to order a re-run of the vote because of the insecurity and alleged irregularities.

Former president Francois Bozize has been blamed for inflaming the violence, which erupted after the constitutional court rejected his candidacy in December.

The attackers have used rocket-propelled grenades against both the army and U.N. forces, said Richard Moncrieff from the International Crisis Group, who called the rebels’ attacks part of an ongoing coup attempt.

“It seems likely that their intention is to cause trouble and to push the United Nations to defend Bangui, therefore leaving provincial towns vulnerable,” he told The Associated Press. Moncrieff said that while the rebels currently did not deploy enough combatants to take the capital, the coming days will be telling.

Bangui has a much larger U.N. contingent than in 2013, when rebels last took the capital and overthrew Bozize, so the capital is likely to remain secure, he said. However, if widespread fighting on the outskirts of the capital continues and increases, “there is a real risk of polarization between different ethnic communities or simply between different political militia,” he said.

The fighting is a setback to Touadera’s incoming government as it had hoped to rebuild state authority, the army and national police, he said. The rebels have shown they do not intend to cooperate with a peace agreement signed in 2019 and also “have proven their capacity to disrupt life outside the capital very significantly,” Moncrieff said.

While it’s unlikely immediate talks between the rebels and the government will take place given the violence Wednesday, it will be important for that possibility to remain open, he said.

Negotiations with the political opposition remain key, he added, after they rejected results on the grounds of insecurity that caused few registered people to vote outside the capital.

The U.N. mission in Central African Republic, known as MINUSCA, condemned the attacks on the capital city.

The Special Representative of the Secretary-General of the United Nations in the Central African Republic and Head of MINUSCA, Mankeur Ndiaye, said that it holds former president Francois Bozize and his allies responsible for the attacks.

“The mission holds them responsible for the consequences of this violence on the civilian population and stresses that attacks against peacekeepers can be considered as war crimes and prosecuted,” he said in a statement.

A judicial investigation has been opened into the role of Bozize, who was in exile until returning to the nation in December 2019, according to the Attorney General at the Bangui Court of Appeal.

Bozize, who took power in a coup in 2003 and ruled until 2013, faces an international arrest warrant for “crimes against humanity and incitement of genocide.” He also faces U.N. sanctions for his alleged role in supporting the rebel groups that resisted the Seleka in 2013.

The mineral-rich Central African Republic has faced deadly inter-religious and inter-communal fighting since 2013, when predominantly Muslim Seleka rebels seized power from Bozize after long claiming marginalization. Resistance to Seleka rule eventually led to Muslims being targeted en masse, with some beaten to death, mosques destroyed and tens of thousands forced from the capital in 2014. 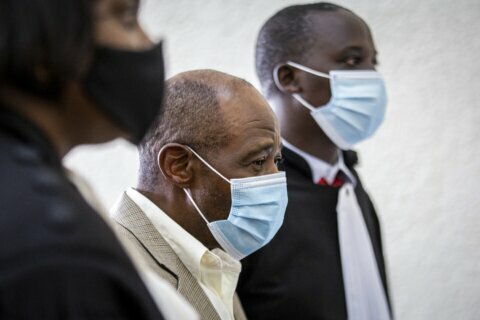 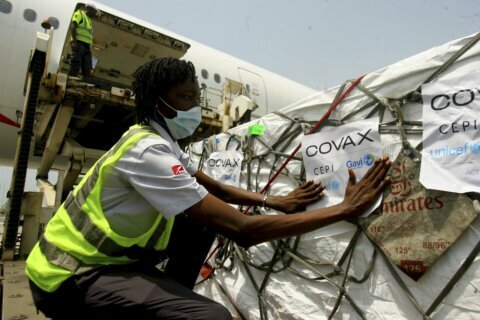