ACCRA, Ghana (AP) — Ghana’s main opposition party, the National Democratic Congress, whose candidate came in second in a tightly contested presidential election, has said it will contest the results announced by the electoral commission late Wednesday.

The election has tested the West African nation’s credentials as one of the continent’s most politically stable countries.

A leading member of the NDC party, Haruna Iddrisu, called the results flawed.

“We have done extensive consultation of the outcome of the election and come to the conclusion that it is flawed and discredited and therefore reject it,” he said after results were announced.

Iddrisu accused the head of the Electoral Commission of acting in “bad faith” because she ignored a petition by former president Mahama asking her to address some of his concerns and went ahead to announce the “discredited” outcome.

“The conduct of the EC chairperson and other available information makes it impossible for us to accept the results of the election,” he said.

Mahama has not yet conceded and is expected to address the media later Thursday.

More than 13 million people voted at more than 38,600 polling stations, making the turnout about 79%, said the Electoral Commission.

Speaking after the declaration, Akufo-Addo said he was grateful to Ghanaians for the victory and was at the same time, “humbled by the confidence” he earned with their votes.

He promised to work hard to build a prosperous Ghana, adding that this can be achieved only if “we all unite to join hands and stand shoulder to shoulder to put Ghana where it should be.”

The president said his priorities are to reverse the effects of COVID-19 and then rebuild the economy.

Most of the 10 other candidates in the election congratulated Akufo-Addo. This was the third time Akufo-Addo and Mahama faced off. Mahama won the 2012 elections, but lost in 2016 to Akufo-Addo.

Legislative results from Monday’s election have not yet been announced.

The streets of Accra, the capital, were filled with celebrations after the announcement.

Earlier Wednesday police said at least five people had been killed and at least a dozen injured in violence related to the presidential and legislative elections. Twenty-one violent outbreaks have been identified as election-related across the country, Ghana’s Police Service said Wednesday. It urged calm. 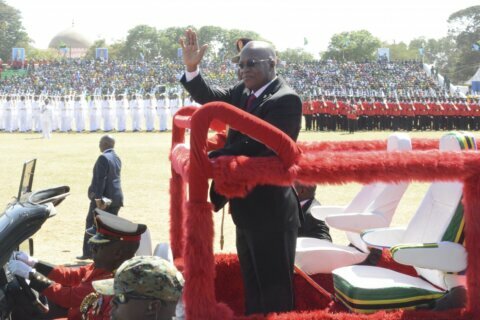 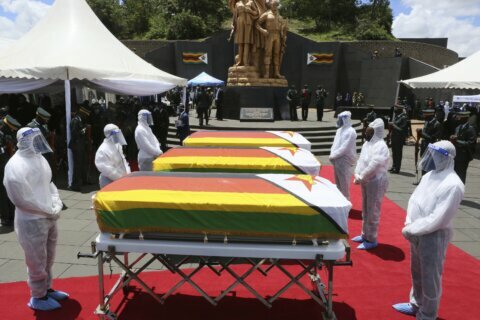