NAIROBI, Kenya (AP) — Ethiopia’s prime minister announced major changes to his government’s military and intelligence leadership on Sunday as he sought to defend a growing military action against the country’s defiant Tigray region, and urged citizens not to target the ethnic Tigrayan people amid fears of civil war.

At least 60 people have been wounded and six killed in one location along the Tigray border alone, Doctors Without Borders said Saturday, and the United Nations warns of a major humanitarian crisis if up to 9 million people flee all-out fighting or the Tigray region remains largely cut off from the world.

Prime Minister Abiy Ahmed’s cabinet reshuffle included little explanation but appeared aimed at bringing the most outspoken supporters of the operation in Tigray to the forefront.

Birhanu told the state-owned Addis Zemen newspaper that several locations in Tigray including Dansha, Barken and areas from Shiraro to Shire are now under the federal army’s control after the military operation began Wednesday. “The army has destroyed all the heavy weapons controlled by the infidel group. Now it is marching forward,” he said.

The Tigray government, the Tigray People’s Liberation Front, made its own claim.

Communications remain almost completely cut off in Tigray, with airports and roads closed, complicating efforts to verify either side’s assertions. Each accuses the other of starting the fighting.

The conflict in Tigray pits two heavily armed forces against each other in the heart of the strategic but vulnerable Horn of Africa region, and experts worry that neighbors including Sudan, Eritrea and Somalia could be sucked in. The federal and Tigray governments, once allies in Ethiopia’s ruling coalition, now regard each other as illegal, the result of Abiy’s political reforms after taking office in 2018 that left the once-dominant TPLF feeling marginalized and targeted.

Diplomats and others assert that the conflict in Tigray could destabilize other parts of Ethiopia, Africa’s second-most populous country with 110 million people, scores of ethnic groups and other regions that have sought more autonomy even as the Nobel Peace Prize-winning Abiy tries to hold the country together with exhortations of national unity.

The Tigray leader in a letter to the African Union chair, seen by The Associated Press, has warned that Ethiopian forces are preparing to launch a large-scale offensive. Debretsion Gebremichael also appeared open to talks, saying the AU was well-placed to bring parties to dialogue to “avert an all-out civil war.”

Pope Francis on Sunday said he was following “with worry” the news from Ethiopia and exhorted people to “reject the temptation of armed conflict.”

With international pressure on Ethiopia’s prime minister growing, he has issued several statements seeking to defend what he calls a “law enforcement action” while his own military officials speak in terms of war.

Abiy’s on Sunday accused the TPLF of trying to undermine his rule and “make the country ungovernable by instigating clashes along ethnic and religious lines.” He accused the TPLF of a “massive military buildup” in an attempt at intimidation, and he again took aim at the local election Tigray held in September, calling it illegal.

Abiy’s message, delivered in English, rejected any idea that the federal government was “equal with criminal groups,” again seeming to slam the door on any dialogue with the TPLF

Tigray, for its part, has objected to the postponement of national elections until next year because of the COVID-19 pandemic, which extends Abiy’s rule.

Concerns are growing that tensions over the conflict could lead to the targeting of ethnic Tigrayans. Abiy urged “all Ethiopians to take responsibility for ensuring that Tigrayans do not fall prey to any illegal activity that follows the government’s actions.”

On Saturday the mayor of Addis Ababa, Adanech Abebe, announced the arrests of 10 city officials in the capital, accusing them of being “keen to carry out terrorist activities.” 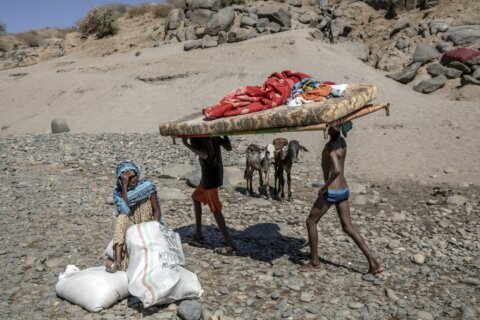 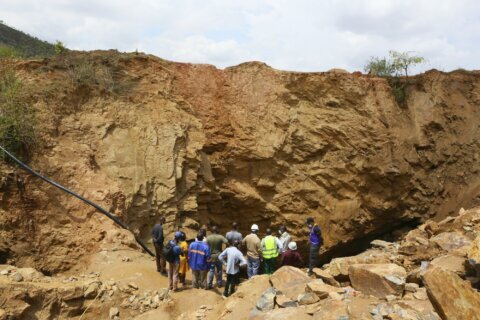