NAIROBI, Kenya (AP) — Tanzanian authorities have intensified repression to muzzle the opposition, civil society and the news media ahead of elections on October 28, where the incumbent President John Magufuli is seeking a second term, an international human rights group said Monday.

In recent months the media has been the hardest hit with the government indefinitely banning the Tanzania Daima newspaper, the country’s second-largest newspaper, Amnesty International said in its report.

The government’s June 23 banning order accused the newspaper, which is owned by opposition leader Freeman Mbowe, of breaching the law and professional ethics without citing specific laws or stories that were allegedly illegal or objectionable.

In July, the Tanzanian Communications Regulatory Authority banned Kwanza TV for 11 months for airing a health alert on COVID-19 that was issued by the U.S. embassy, said Amnesty.

International media coverage of Tanzania’s elections has been limited by the government which amended laws to require international radio and television broadcasters to have licensed local partners in order to get the regulatory body’s permission to air content, said the report.

With just over two weeks to the elections, opposition parties allege that hundreds of their candidates have been unfairly disqualified, the report said. Opposition party leaders have accused the Zanzibar Election Commission of being reluctant to issue voter identification cards to qualified voters.

International and local rights groups have previously said Tanzania’s democratic space has shrunk since Magufuli come to power five years ago. Repression has increased as he seeks a second five-year term, they say.

“A July 2016 blanket ban on political rallies until the 2020 election campaigns has been selectively applied against opposition parties whose leaders have faced intimidation, harassment, arbitrary arrest and prosecution on trumped-up charges,” the rights groups said.

Since then, the judiciary has been weakened through executive appointments without independent parliamentary vetting resulting in several politically motivated trials, the report said.

In 2016 the government enacted the Media Services Act that empowered the government to suspend and close media outlets for reporting on allegations of corruption and human rights violations, said the report.

The 2018 Online Content Regulations and the 2015 Cybercrimes Act gave Tanzania’s government sweeping powers to police the internet, leading people to self-censor their online postings, it said.

“Cumulatively, these changes have significantly eroded the rule of law and undermined respect for human rights,” the report said.

During this period there was an attempted assassination of leading opposition candidate Tindu Lissu, who was shot 16 times. Another leader of his party was attacked and his leg was broken by unknown assailants after he criticized the government’s response to the COVID-19 pandemic.

Another opposition leader has been arrested several times since Magufuli came to power and has been charged with various offenses including convening illegal meetings.

Magufuli has declared that Tanzania no longer has a problem with the coronavirus, as COVID-19 has been defeated by prayer. His government has not reported any new cases of COVID-19 since April. The president has refused to combat the spread of the virus by banning any kind of gatherings — except opposition political rallies.

According to Tanzania’s election authority, more than 29 million voters have registered to vote at the more than 80,000 polling centers across the country.

The Amnesty report was compiled through 29 phone interviews, as researchers could not travel to Tanzania due to COVID-19 travel restrictions. 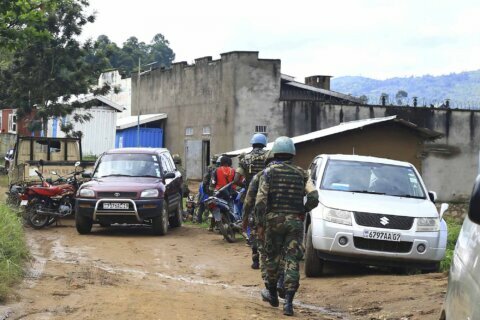