MOGADISHU, Somalia (AP) — The al-Qaida-linked extremist group al-Shabab has released two Cuban doctors who were kidnapped in Kenya and held for a year and a half in neighboring Somalia, officials say. But a Cuban official has denied it.

A senior Somali intelligence official told The Associated Press that the doctors were released over the weekend after months of negotiations with their captors. He declined to give further details. The official spoke on condition of anonymity because he was not authorized to speak to the media.

Several sources told the AP that Somali intelligence, acting at the request of the Cuban government, negotiated for the doctors’ release after it obtained a video showing them a few months ago.

But an official with Cuba’s foreign ministry, Juan Antonio Fernández Palacios, denied the reported release of Assel Herrera Correa and Landy Rodríguez Hernández, adding in a statement that “huge efforts continue to be made to ensure the liberation and safe return to the homeland.”

It was not immediately clear where the doctors were Wednesday.

Suspected Islamic extremists kidnapped the doctors in Kenya’s Mandera County as they were going to work in April 2019, killing one of their police bodyguards. The orthopedic surgeon and physician had been deployed in 2018.

At the time, the Somalia-based al-Shabab was suspected of the kidnapping. The extremist group has vowed retribution against Kenya for sending troops to Somalia to fight the extremists. 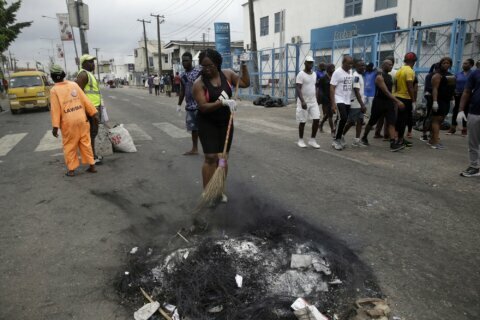