Armed gunmen, believed to be Somalia’s al-Shabab rebels, stopped a bus about 30 kilometers (18 miles) from Lafey town and ordered everyone out. The attackers picked three passengers from 54 on the bus and ordered the rest to leave, regional police chief Rono Bunei told The Associated Press Thursday.

“We are still pursuing them in an effort to rescue them alive. We are wondering how they (the attackers) knew the three were on board the bus,” he said.

He said it’s not clear why the bus did not have a police escort, a requirement for commercial transport traveling in Mandera county which has been hard hit by violence from Somalia’s extremists.

Al-Shabab has vowed retribution on Kenya for sending troops to Somalia to fight the rebels. Since 2011 Somalia’s rebels, who are linked to al-Qaida, have launched scores of deadly attacks in Kenya.

The government repeatedly said since 2014 that it is mandatory for public buses traveling through Mandera county to have armed police escorts.

Al-Shabab rebels have often attacked buses and have singled out and killed non-Muslim passengers. In November 2014, 28 non-Muslims were killed in an attack after they were pulled off a Nairobi-bound bus near Mandera.

In December last year al-Shabab killed 11 police officers who were pulled from a bus that was taking them back to duty in Mandera county.

Since December, al-Shabab has increased the frequency of its attacks in five Kenyan counties along the Somali border that have been named as hotspots for extremist violence. They are Lamu, Garissa, Wajir, Tana River and Mandera counties.

The frequency of attacks slowed in the months of April, May and June as the coronavirus started spreading in many African towns, including al-Shabab’s base in Somalia. Since July Kenya’s security forces have experienced an increase in their vehicles being hit by roadside bombs. 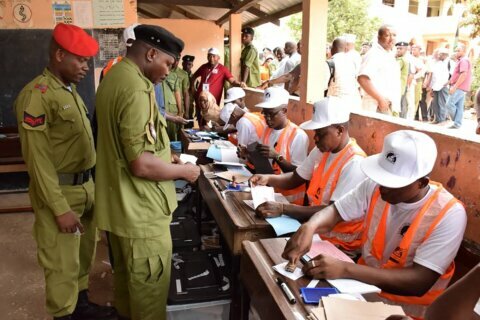 At least 11 shot dead ahead of Tanzania’s presidential vote

Nigeria to investigate the shooting of protesters in Lagos