South African anti-apartheid veteran and Nobel laureate Archbishop Emeritus Desmond Tutu and his wife Leah have escaped unharmed from a fire in their cottage at a retirement complex outside Cape Town.

“The couple did not sustain any injuries and were in good spirits considering events that unfolded around daybreak today,” a statement from the Desmond and Leah Tutu Foundation said Wednesday.

A faulty gas heater is suspected of starting the fire, according to the statement.

Tutu, 88, won the Nobel Peace Prize in 1984 for his nonviolent opposition to South Africa’s previous racist regime of white minority rule known as apartheid. In 1986 he became the first Black to be archbishop of Cape Town in the Anglican church.

He was appointed chairman of the Truth and Reconciliation Commission, an investigation into the crimes committed by the white minority regime. The inquest was formed to pursue justice for the victims of apartheid, and subsequently recommended the prosecution of perpetrators who were not granted forgiveness at the commission or failed to appear before it.

Tutu has also championed LBGT rights and criticized the South African government for corruption. Tutu officially retired from public life in 2010 and in recent years has been hospitalized a few times for the treatment of prostate cancer and general infections. He and his wife issue statements through their foundation. 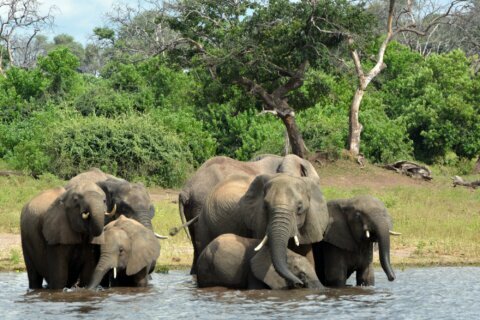