South Africa to go into nationwide lockdown from Thursday

JOHANNESBURG (AP) — South Africa, Africa’s most industrialized economy and a nation of 57 million people, will to go into a nationwide lockdown for 21 days starting Thursday to try to contain the spread of the new coronavirus, the president said Monday.

South African President Cyril Ramaphosa announced the measures in response to the increase of COVID-19 cases to 402. South Africa will be the third country in Africa to close down all but essential economic activity, after Rwanda and Tunisia.

South Africa’s coronavirus cases jumped by 47% on Monday from the day before with 128 new cases, increasing worries of exponential growth and making it the country with the most cases in Africa, taking over from Egypt.

More than half of South Africa’s total cases are in Gauteng province, which includes Johannesburg, the country’s largest city with 5.7 million people, and the capital, Pretoria, with 2.4 million, according to figures released by the Health Ministry.

South Africa has not registered a known death from COVID-19, the disease caused by the new virus. Officials have said the majority of people infected were travelers from Europe and other countries, although the number of cases that are locally transmitted is rising. South Africa’s crowded working class residential areas and packed commuter trains and minivan taxis are expected to contribute to the spread of COVID-19.

Ramaphosa said the lockdown would be enforced by police and the military starting at midnight Thursday. Military convoys have already deployed across Johannesburg.

“We need to urgently and dramatically escalate our response,” Ramaphosa said in an address to the nation.

“The next few days are crucial. Without decisive action the number of people infected will rapidly increase,” he said. “This is extremely dangerous for a population like ours, which has a a large number of people with suppressed immunity because of HIV and TB, and high levels of poverty and malnutrition.”

All South Africans will be required to stay home except for those working in essential services, including healthcare providers, workers in the security industry and those involved in the production and distribution of food, power and medical products, the president said.

Individuals will only be allowed to leave home “under strictly controlled circumstances” to access goods such as medical supplies and food, he said. Banks, supermarkets and gas stations will be allowed to continue operations.

“This nationwide lockdown is necessary to fundamentally disrupt the chain of transmission across society,” Ramaphosa said.

South Africa has overtaken Egypt, which has 327 cases, to become the African country with the highest number of cases.

The government of the west African nation of Senegal declared a state of emergency, due to the virus Monday night and imposed a curfew, restricted travel between regions, closed public spaces and banned gatherings, among other actions.

President Macky Sall said the move was needed in the nation of nearly 16 million where 79 people have tested positive for coronavirus and more than 1,560 people are being monitored.

Authorities in Uganda, which reported its first virus case Saturday, said late Monday that eight other people, all of them Ugandans who recently visited Dubai, had tested positive.

In South Africa, the economy is already in recession, and the lockdown is expected to add further damage. Ramaphosa announced economic aid will be offered to the poorest South Africans and small businesses.

Some of the country’s bank have announced three-month loan payment holidays for small businesses and students.

“It is time to maximize our efforts to prevent COVID-19 from rampaging through our poorer communities, many of which are overcrowded and without decent sanitation,” Tutu said in a statement issued by his foundation. “Our people don’t have the money to stockpile food, or buy face masks and sanitizers. … It is time for South Africans to reach across the inequity which divides us.”

South Africa’s strict measures highlight the quickening pace of the spread of the coronavirus across Africa. At least 43 of the continent’s 54 countries have reported cases.

Zimbabwe and Nigeria reported their first virus-related deaths Monday. Nigeria, which has a population of 100 million people, has 36 cases. Zimbabwe, with 16 million people, has two cases. The two countries, and several others in Africa, have weak health systems that will struggle to cope with the volume of sick people, according to health officials.

Africa’s 1.3 billion people may be hard-hit by COVID-19 as health experts warn of the spread in large cities with unsanitary conditions.

The island nation of Madagascar on Monday ordered lockdowns of its two largest cities, the capital of Antananarivo with 1.6 million people, and Toamasina with more than 300,000. 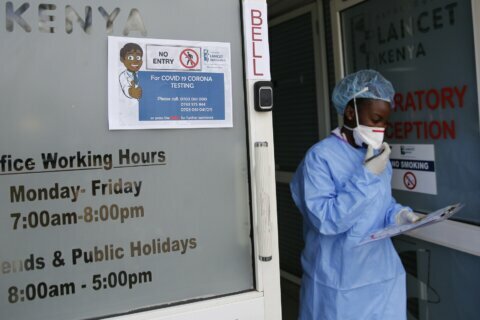 Kenya bans travel in and out of Nairobi to fight coronavirus 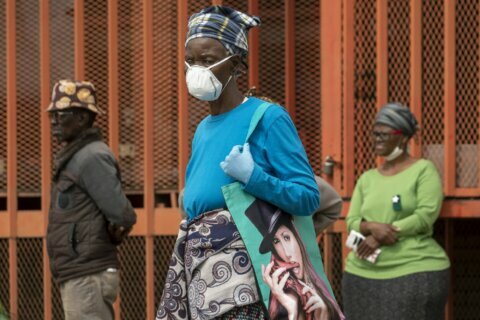 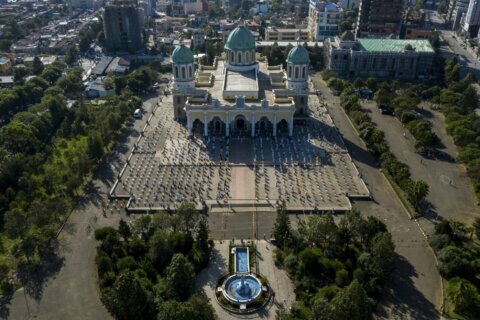