Guinea defies virus for vote that could keep leader in power

CONAKRY, Guinea (AP) — The West African nation of Guinea is defying the coronavirus pandemic to hold a controversial referendum Sunday that could allow the president to stay longer in power.

Nearly 5 million voters are registered for the vote, which also will choose 14 National Assembly members. President Alpha Conde, whose second and currently final term ends in December, might win the chance to stand for two more seven-year terms.

Some civil society groups urge authorities to postpone the vote until the end of the pandemic. Guinea has two cases of the virus, according to the National Agency for Health Security.

However, the ruling party has said the cases cannot prevent the rest of the county from voting. The election won’t spread the virus, spokesman Amadou Damaro Camara said.

A coalition of opposition and civil society groups, the National Front for the Defense of the Constitution, which has been demonstrating against the referendum, has called for another demonstration on Saturday and Sunday against the election.

When asked if calling for mass gatherings was the right thing to do amid a pandemic, the coalition’s spokesman Sekou Koundouno said they had no other choice. They have said this year they will use all means necessary to prevent the vote on a referendum. More than 36 people have died in demonstrations against the referendum since October, along with at least one gendarme.

“It is up to the government to take all practical health measures against coronavirus. It is not up to a social entity like (us),” he said.

The U.N. chief reiterated his call “for a constructive dialogue between the government, the opposition and civil society that seeks to achieve consensus through an inclusive process” and said the U.N. is ready to support such efforts, Dujarric said.

Conde, first elected in 2010, is barred from running for a third term under the constitution. While the amended constitution would keep a two-term limit and increase terms from five years to seven, Conde has implied that his previous terms served would not count.

Faced with the risk of the virus and potential violence, many residents have left the capital, Conakry.

“I’m going to Sierra Leone. My kids go to school, but I got them out,” said Assiatou Bobo Sow, a clothes merchant surrounded by her children at the train station. “We leave Guinea despite ourselves. But we prefer this to avoid coronavirus or a stray bullet.”

Dr. Sakoba Keita, coordinator of the National Agency for Health Security, asserted that the virus can be avoided during the election if voters keep a meter away from each other.

While many fled, others remained, saying they will vote. Some pointed to the country’s resilience in the devastating Ebola outbreak in 2014-16 that killed well over 10,000 in Guinea, Liberia and Sierra Leone.

“Let’s stop telling us that coronavirus can prevent daylong elections. I ask the president to keep the election date and not postpone it.” 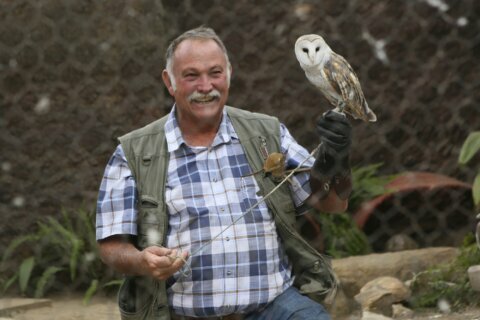 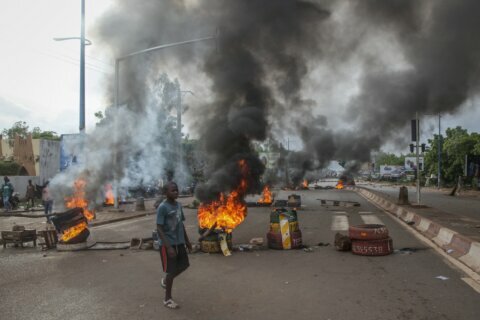