US secretary of state heads to Africa after long absence

DAKAR, Senegal (AP) — Secretary of State Mike Pompeo arrives in Africa this weekend as the first U.S. cabinet official to visit in more than 18 months, and he is certain to face questions about the U.S. military’s future on the continent and new U.S. visa restrictions against millions of Africans.

Pompeo is visiting Senegal, Angola and Ethiopia as the Trump administration tries to counter the growing interest of China, Russia and other global powers in Africa and its booming young population of more than 1.2 billion.

His visit comes as the U.S. military considers reducing its presence in West Africa’s Sahel region while extremists linked to al-Qaida and the Islamic State group expand their reach, killings hundreds of civilians. Pompeo last year said the Sahel should be the next focus of the global coalition against IS outside the group’s core region.

In one surprising case an al-Qaida-linked group, JNIM, and an IS-linked group, The Islamic State in the Greater Sahara, are cooperating, something the commander of Special Operations Command Africa told reporters he hasn’t seen before. It’s largely due to personal connections but “that’s an interesting phenomenon that we’re watching,” Brig. Gen. Dagvin Anderson said Thursday.

Also raising concerns is the Trump administration’s announcement last month that it will no longer be issuing immigrant visas to citizens of Nigeria, Africa’s most populous nation with an estimated 200 million people and a large, often high-achieving diaspora. New visa restrictions also were imposed on Eritrea, Tanzania and Sudan.

“This is the challenge Pompeo’s facing in Africa, explaining the contradictory messages out of Washington,” Mike O’Hanlon, director of the Brookings Africa Security Initiative, said in a briefing this week.

Some African leaders have bristled at what they perceive as the Trump administration’s “us or them” narrative around China and Russia, especially after President Donald Trump made derogatory comments about Africa. Other leaders have said competition is welcome if it brings more investment to the continent.

O’Hanlon said most African leaders are pragmatic and “very keen to work with the U.S. and if offered a White House meeting, they would take it.”

Pompeo will meet with the countries’ leaders and businesspeople. His first stop in long-stable Senegal is aimed at solidifying ties with the one West African Sahel country that has avoided the extremist attacks that target Mali, Burkina Faso and Niger.

The U.S. military this month holds its annual Flintlock exercises in Senegal and neighboring Mauritania to help train regional armies to counter extremism.

There are signs, though, that U.S. military interest could be waning. Late last year the U.S. switched to a strategy of merely trying to contain extremist groups in the Sahel instead of weakening them, according to a new report by the Pentagon inspector general.

Meanwhile the U.S. has begun replacing some combat troops in Africa with military trainers. Worried French officials have lobbied the U.S. not to reduce its presence in the Sahel, where France’s largest overseas military operation leads the fight against extremists and is adding hundreds of troops.

A senior State Department official insisted, however, that the military issue is separate from Pompeo’s visit. The official, who spoke on condition of anonymity in accordance with department protocol, referred questions to the Pentagon.

“An awful lot of the security programs that we conduct in the Sahel are actually paid for by U.S. State Department funds,” the official said. “We absolutely plan to continue those programs.”

After Senegal, Pompeo will stop next week in Angola, an oil-rich but largely impoverished country where President Joao Lourenco is making strides against corruption, including actions against close relatives of the former leader.

Then Pompeo heads to Ethiopia, Africa’s second-most populous nation with more than 100 million people and the headquarters of the African Union.

Ethiopia, a key U.S. security ally in the Horn of Africa, has undergone dramatic political reforms since Nobel Peace Prize-winning Prime Minister Abiy Ahmed took office in 2018. The loosening of repressive measures has been exploited by some with long-held grievances, leading to sometimes violent ethnic tensions that threaten a national election later this year.

Even Abiy’s close advisers acknowledge the challenges ahead.

“This election is not just a normal election, it’s actually a referendum on whether to live together or not,” Lencho Bati, a senior foreign policy adviser, told an audience at the United States Institute of Peace on Thursday. He noted that Ethiopia, a country of more than 80 ethnic groups, is a “fragmented society” and “highly politicized,” and he called on the opposition to practice civil politics.

“Ethiopia, I would argue, is the most important country on the continent today,” Witney Schneidman, a former deputy assistant secretary of state for African affairs, told a Brookings Institution briefing this week.

Schneidman views Pompeo’s Africa visit as an effort to “establish a positive tone on the continent,” albeit a belated one. Trump has yet to visit Africa, and Secretary of Commerce Wilbur Ross was his last cabinet official to do so in 2018.

Pompeo needs to convey that the continent is a priority for the U.S., and that America remains committed to economic development and security, Schneidman said. “If he can cut through and promote those messages clearly, then I think his trip will be successful.” 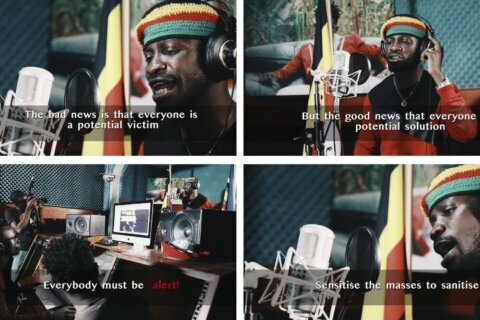 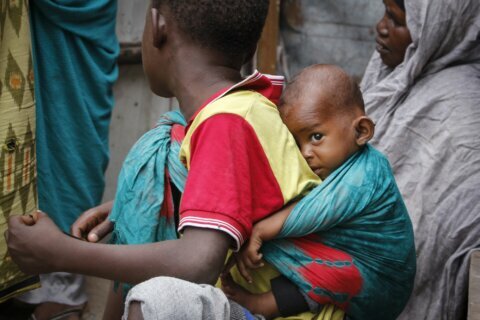 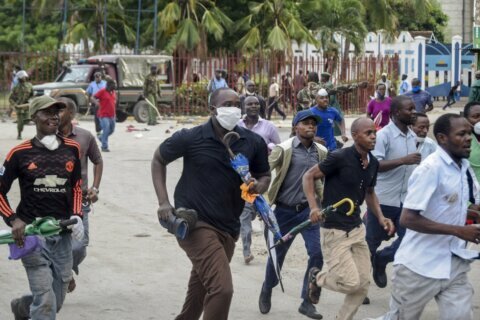