Gambia arrests 137 in protests urging president to step down

DAKAR, Senegal (AP) — Gambia’s police have arrested 137 people amid protests calling for the president to step down after…

DAKAR, Senegal (AP) — Gambia’s police have arrested 137 people amid protests calling for the president to step down after three years in power, the government said Monday, a startling turn for a country whose leader has vowed reforms and justice for the repression of the past.

Security forces used tear gas Sunday to break up the thousands of demonstrators, worrying many Gambians who lived under the oppressive rule of former President Yahya Jammeh for more than 22 years. Jammeh flew into exile in 2017 after an election loss to Adama Barrow.

At least 18 paramilitary members and seven civilians were injured in Sunday’s confrontation, the government said.

Barrow’s election win in 2016 was celebrated as a new beginning for the tiny West African nation. When he came to power he said he would look into calling for new elections after three years. Last year, however, some members of the coalition that backed him supported his remaining in office for the five years allowed in the constitution.

Some Gambians have formed a movement called Operation 3-Years Jotna, which means Three Years is Enough.

On Sunday, Gambia’s government banned the group, calling it a “subversive, violent and illegal movement,” according to a statement from spokesman Ebrima G. Sankareh.

The government said the movement never registered and is determined to illegally unseat the constitutionally elected president.

Barrow’s government also suspended two radio stations pending investigations into accusations they peddled “incendiary messages and allowed their media to be used as a platforms for inciting violence” by encouraging Gambians to join the movement.

The Committee to Protect Journalists said it is investigating reports of journalists being arrested and assaulted, along with the radio shutdowns.

“It is no longer the era of dictator #YahyaJammeh. Authorities must protect press freedom & the public’s right to know,” the group said on Twitter.

A regional director with Amnesty International, Marta Colomer, said the crackdown on protesters had “alarming echoes of Gambia’s brutal past.”

“There have been some significant improvements in the country’s human rights record since President Adama Barrow came to power, but the use of excessive force by security forces to disperse protesters risks fueling tensions and steering Gambia back to dark days of repression,” she said.

The clampdown comes amid reports that former dictator Jammeh wants to return to Gambia.

On Saturday, hundreds of victims of his rule demonstrated in the capital, Banjul, demanding justice for human rights abuses committed under his regime. Other marches earlier this month by Jammeh supporters called for his return to be allowed.

Gambia’s Justice Minister Aboubacarr Tambadou has made it clear that Jammeh will face an accountability process if he steps into the country. 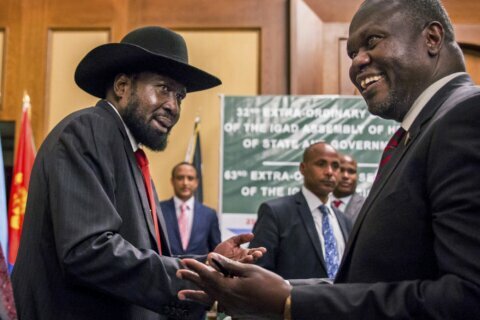 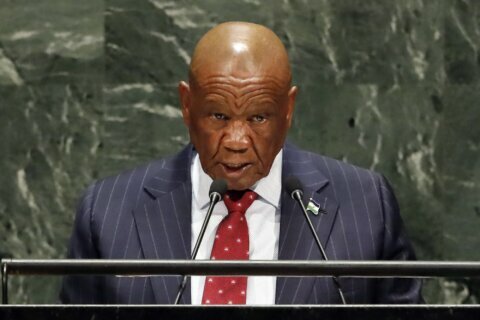 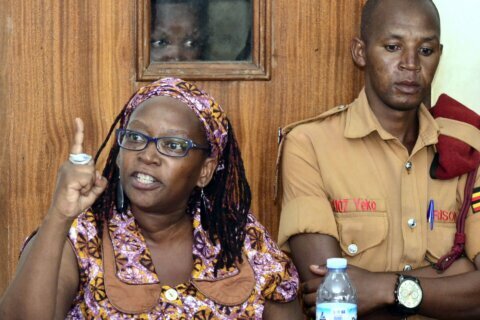