As 58 migrants drown off Africa, a call to stop smugglers

NOUAKCHOTT, Mauritania (AP) — The drowning of at least 58 migrants in the Atlantic Ocean off Mauritania sent despair through…

NOUAKCHOTT, Mauritania (AP) — The drowning of at least 58 migrants in the Atlantic Ocean off Mauritania sent despair through tiny Gambia on Thursday while some demanded a crackdown on human traffickers after one of this year’s deadliest disasters among young Africans trying to reach Europe.

At least 83 survivors swam through rough seas to shore after their boat capsized Wednesday. They had been trying to reach Spain’s Canary Islands but diverted toward Mauritania as fuel and food ran low, the U.N. migration agency said.

The boat, which the U.N. said was carrying an estimated 150 migrants, including children, had tossed on the Atlantic Ocean for a week.

As the survivors, 10 of them children, recovered from shock, authorities continued to search for an unknown number of missing people. Mauritanian officials said 10 people were receiving “urgent” hospital treatment.

All were being cared for in accordance with “human solidarity, fraternity and African hospitality,” Interior Minister Mohamed Salem ould Merzoug said, adding that Mauritania will investigate those responsible for “this drama” including possible trafficking networks.

A doctor from the U.N. migration agency was arriving in Nouakchott Thursday to support local medical efforts and the agency is providing first aid kits, blankets and other supplies, U.N. spokesman Stephane Dujarric said.

Gambia’s President Adama Barrow expressed “great sadness” as his government said most of the survivors were Gambian. Six of the 19 Senegalese passengers survived.

Tens of thousands of young people have set off from Gambia in recent years in hopes of reaching Europe, many fleeing former President Yahya Jammeh’s oppressive rule that severely affected the country’s economy. Since Jammeh fled into exile in January 2017 after a surprise election loss, European countries have been pushing to return asylum seekers.

But the exodus from the coastal West African nation continues. The collapse of British travel company Thomas Cook this year led to an emergency meeting by Gambia’s government as some said the sudden drop in tourists could be devastating for the economy.

Survivors said the boat that capsized had left Gambia on Nov. 27.

Back home, there was outrage and despair.

“It is just sad. There is nothing we can do,” said Pa Sallah, a shopkeeper outside the capital, Banjul. Sallah’s son, Momodou Sallah, left Gambia two years ago for Europe but it is believed he took the “back way” through the Sahara Desert instead. That route carries the risk of being sold into slavery in Libya, the last stop before a Mediterranean crossing on which thousands have died.

Many of those departing from Gambia leave from the nearby community of Barra, where fishing boats now carry young migrants instead.

While thousands once died off Mauritania’s coast in attempts to reach the Canary Islands between 2005 and 2010, that later calmed, the country’s interior minister said. But in recent months authorities have detained boats that mostly carry hundreds of migrants from Senegal, Gambia’s neighbor.

Gambia’s National Youth Council chairman Lamin Darboe said it was high time to investigate the people who benefit from what he called a macabre business.

“Government must take deliberate measures to crack down on smugglers and traffickers profiting from these criminal operations,” he said.

The latest deaths show that the problems pushing Gambians to migrate are still not fully addressed, he said, calling for more employment and other opportunities to “fully restore their hopes.” 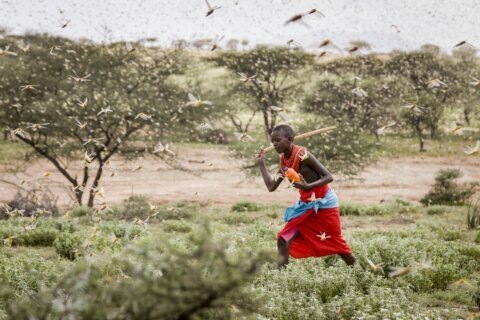 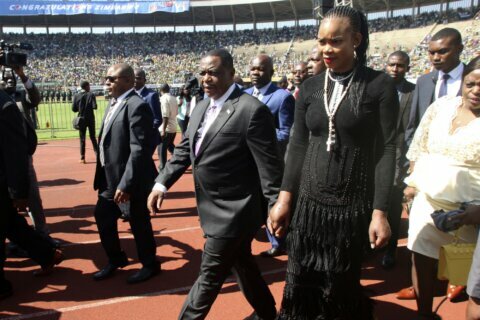