CONAKRY, Guinea (AP) — Police in Guinea fired tear gas and bullets Monday to disperse thousands of opposition supporters, civil society groups and trade unionists gathering in the capital to protest the president’s bid to extend his time in office.

President Alpha Conde’s mandate ends in December 2020 but he seeks a referendum to allow a third term in the West African nation.

Residents in the Wanindara district of the capital, Conakry, told The Associated Press that two young men were wounded by bullets shot by men in National Gendarmerie uniforms.

“Young people and gendarmes were fighting. The gunshots that hit them were fired from the van of these gendarmes. Both young people fell,” said resident Ousmane Sow. He said one was hit in the foot and the other in the back.

Sporadic shooting could be heard in other suburbs. Demonstrators burned tires and barricaded roads as police deployed around the capital. Most businesses were closed and residents stayed indoors.

Babanou Timbo Camara, a protester in the Matoto municipality, said police used tear gas and arrested a number of demonstrators.

The National Front for the Defense of the Constitution, the coalition group that called for the demonstration, said six of its leaders were detained over the weekend and it demanded their release.

The group, anticipating a crackdown by security forces, encouraged youth to protest in their districts instead of gathering all in one place. It also called on security forces, which have had a history of violence, to show restraint.

“We are appealing to all our brothers and sisters in uniform to stand on the side of the truth defended by the people of Guinea, whose exalted task they are to defend in all circumstances,” it said in a statement that encouraged peaceful opposition to a constitutional amendment “for the sole purpose of maintaining a person in power for life.”

Conde was elected in December 2010 for a five-year term, the country’s first democratic transition of power since independence from France in 1958. In 2015 he was re-elected.

The government has warned against demonstrations.

“The Guinean Government, concerned about the social tranquility and security of citizens and their property, warns all troublemakers in any form of actions or interventions that attempt to undertake to harm,” Minister of Territorial Administration and Decentralization Bourema Conde said in a statement last week.

Guinea’s security forces have historically clamped down on demonstrations. While Conde’s government has been more tolerant than past administrations, Human Rights Watch has said it has banned dozens of planned protests this year.

Rwandan sentenced to life in prison for key role in genocide 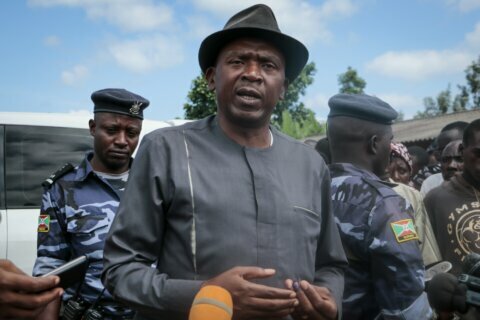 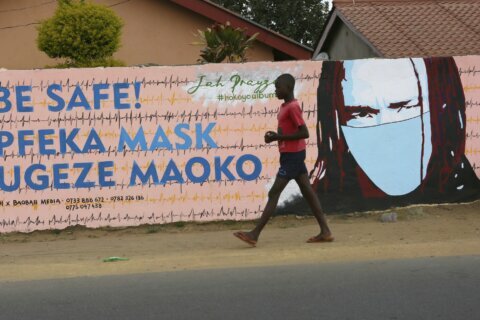