GABORONE, Botswana (AP) — Botswana faced its tightest election in history on Wednesday as the long-peaceful southern African nation wondered if the ruling party would be toppled for the first time since independence.

The ruling Botswana Democratic Party and President Mokgweetsi Masisi have been presented with a surprising challenge after former President Ian Khama broke away and announced his support for an opposition coalition instead.

Khama hand-picked Masisi as his successor when he stepped down last year following two terms in office in the diamond-rich country. But Masisi then moved away from some of Khama’s policies, including by loosening restrictions on elephant hunting to appeal to rural voters.

Opposition leaders say their coalition could unseat the ruling party for the first time since independence in 1966. Khama has openly supported the opposition coalition Umbrella for Democratic Change and its presidential candidate, human rights lawyer Duma Boko.

“With their vote they will rewrite the history of this country,” a buoyant Boko said, indicating the long lines at a school in the capital, Gaborone. He called the process smooth. His campaign pledges included creating 100,000 jobs in his first year in office and providing free sanitary pads to girls across the country.

Khama said Wednesday he had become “extremely disappointed” with his former party after assuming Masisi would build on its legacy, according to footage posted online by South African broadcaster EWN.

The election could hinge on whether people support Khama’s move. Some in Botswana have criticized the former president’s rejection of his own party and suggested that he is trying to extend his influence.

Botswana’s president after voting simply noted the country’s stability and “predictability in terms of conduct” and he expressed concern about the hot weather: “I would hope that the people will protect themselves from the heat and I ask you to drink lots of water, wait patiently in line and cast your vote,” Masisi said.

Despite the tensions among political leaders, voting appeared calm.

“The good thing we have managed to maintain as Batswana is that people do not fight against one another. People are chatting to each other,” said Sam Modise, who arrived at a polling station at 5 a.m. “This helps a lot in terms of maintaining our democracy. If somebody misbehaves it will be an isolated case.”

He added: “My wife and I are not necessarily voting for the same party but it doesn’t affect our relationship. She has her own views.”

Botswana, with 925,000 registered voters in a population of 2.2 million, is one of Africa’s most stable countries. The government tweeted photos of even opposition presidential candidates casting their ballots, something not often seen on the continent.

Osupile Maroba with the Independent Electoral Commission reported cases of names in the database not appearing on the voters’ roll but would not give a figure: “Those will be assisted to vote whilst we continue with verification processes.”

Botswana’s president earlier this month said he would accept an election loss, while opposition leader Boko was noncommittal and warned against fraud.

Botswana is voting for members of the National Assembly. The party with the most seats forms the government. There is no runoff election.

Election results are expected to be released within two days of the closing of the polls Wednesday evening. 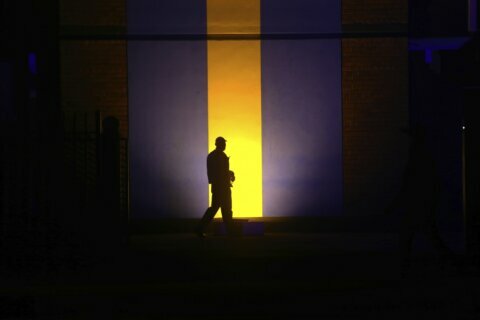 Zimbabwe’s security guards have lonely jobs, but get paid 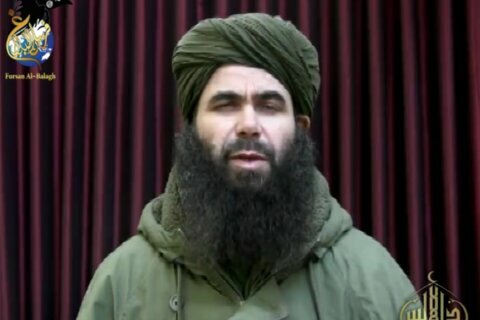