The armed men entered during evening prayers on Friday, according to Ernest Bouma Nebie, a regional official in Oudalan province near the border with Mali.

No group has claimed responsibility for the attack, but extremist groups with links to al-Qaida and the Islamic State group are active in the region. Increased attacks along the border in the past few months have forced more than a quarter-million people to flee, the U.N. refugee agency says.

This is not the first attack on a place of worship in Burkina Faso.

In May, gunmen killed six members of a parish in Dablo in Sanmatenga province, and gunmen in Sirgadji attacked a church, killing a pastor. The same month, at least five Catholic worshippers were killed during Sunday services and dozens were wounded in Toulfe in the north.

In September 2018, armed men attacked a mosque in Djabiga in the east, killing five people.

On Saturday about 1,000 people gathered in the capital, Ouagadougou, at the invitation of a dozen civil society organizations to denounce terrorism and the presence of foreign military bases in Africa.

Once-peaceful Burkina Faso experienced its first major extremist attack in 2015 and now is a member of a five-nation regional counterterror force launched in 2017, the G5 Sahel.

Extremists from neighboring Mali and Niger have recruited youth frustrated by poverty and perceived state insecurity, while local extremist groups have grown. 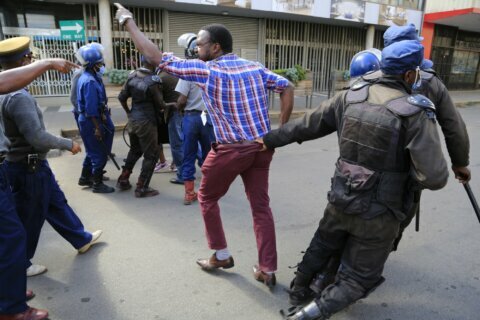