Sudanese protesters march during a demonstration in the capital Khartoum, Sudan, Thursday, Aug. 1, 2019. Sudanese pro-democracy activists have posted videos on social media showing thousands of people taking to the streets in the capital, Khartoum. The Sudanese Professionals Association said Thursday that the rallies are demanding justice for the killing of at least six people, including four students, earlier this week during student protests in a central province. (AP Photo)

CAIRO (AP) — Sudan’s pro-democracy movement signed a power-sharing agreement with the ruling military council on Sunday aimed at paving the way for a transition to civilian rule following the overthrow of President Omar al-Bashir in April.

Representatives initialed a constitutional document that would establish a joint military and civilian council to rule for a little over three years until elections can be held. The agreement would establish a Cabinet appointed by the activists, as well as a legislative body.

The military overthrew al-Bashir in April following months of mass protests against his three-decade-long autocratic rule. The protesters remained in the streets, demanding a rapid transition to a civilian authority. They have been locked in tense negotiations with the military for weeks while holding mass protests.

Gen. Mohammed Hamdan Dagalo, the deputy head of the military council, told a joint news conference that the deal has ended an era in Sudan’s history “characterized by rivalry and fighting.”

“We have entered the negotiations as partners and leave as one team. The national will has triumphed… it is a win-win,” he said.

Protest leader Omar al-Dagir said a “fair and transparent” investigation into recent violence by security forces against protesters, and achieving peace with rebel groups, would be top priorities for the transitional government.

“There will be no democracy without peace,” he said. “National reconciliation will be the slogan of the transitional period.”

That document provided for the establishment of a joint civilian-military sovereign council. A military leader would head the 11-member council for the first 21 months, followed by a civilian leader for the next 18. There would also be a Cabinet of technocrats chosen by the protesters, as well as a legislative council with majority from the Forces for the Declaration of Freedom and Change, the main protest coalition. The legislative body is to assemble within three months.

The constitutional document signed Sunday is aimed at clarifying the division of powers and settling other outstanding disputes.

The final signing of the power-sharing deal is set to take place on Aug. 17, and the military council will be disbanded the next day as the members of the sovereign council are announced, according to a schedule attached to the constitutional document.

Ebtisam Senhouri, a negotiator for the protesters, said any member of the sovereign council could be prosecuted if there is evidence of involvement in violence against protesters. The question of immunity had been a point of contention in recent weeks.

The Rapid Support Forces, a paramilitary unit under the command of Dagalo which has been blamed for much of the recent violence, would be integrated into the armed forces and report to the military chief, Senhouri said.

Negotiators came under renewed pressure in recent days after security forces opened fire on student protesters in the city of Obeid, leaving six people dead. At least nine troops from the Rapid Support forces were arrested over the killings.

In June, security forces violently dispersed the protesters’ main sit-in outside the military headquarters in Khartoum, killing dozens of people and plunging the fragile transition into crisis.

The document maintained that an independent Sudanese committee would be created to investigate the crackdown against the protesters. The committee could seek support from the African Union, according to a draft copy obtained by The Associated Press.

Sudanese prosecutors had cleared the ruling generals of responsibility for ordering the deadly sit-in dispersal in June. Instead they blamed the RSF — eight officers, including a major general — of crimes against humanity.

Sudanese protest leaders, however, disputed the prosecutors’ conclusion, saying the decision to raze the sit-in was made at the highest levels of the military council. 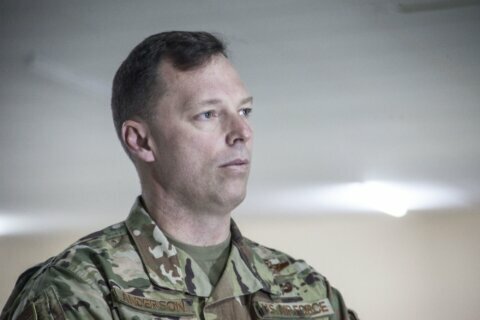 AP Interview: Al-Qaida, IS affiliates team up in West Africa