NAIROBI, Kenya (AP) — Eritrea’s secondary schools are at the center of the government’s efforts to control the population, a human rights organization charged on Friday.

In a new report, “They Are Making us Into Slaves, Not Educating Us: How indefinite conscription restricts young people’s rights, access to education,” Human Rights Watch alleged that the education system subjects both students and teachers to forced labor and physical abuse, causing many to flee the country.

The report says the Eritrean government forcibly channels thousands of young people, some still children, each year into military training even before they finish their schooling.

“Eritrea’s secondary schools are at the heart of its repressive system of control over its population,” said Laetitia Bader, senior Africa researcher at Human Rights Watch. “Now that peace with Ethiopia is restored, reforms on human rights, starting with the rights and freedom of the country’s youth, need to follow.”

The report claims that instead of developing a pool of committed, well-trained secondary school teachers, the government conscripts teachers for indefinite service, giving them no choice about whether, what, or where to teach.

The Eritrean government denies the charges. Eritrea’s Information Minister rejected the allegations in the report, calling it a “new smear campaign.”

“Eritrea’s rabid detractors seem to desperately latch on to ‘indefinite’ National Service for a new smear campaign as their old tools of harassment have crumbled like a deck of cards on the rock of Eritrea’s resilience and the prevailing climate of regional peace and cooperation,” the country’s Information Minister Yemane G. Meskel said on Twitter Friday.

Meskel said the national service is for just 18 months according to the country’s law and it is illegal to extend it beyond that period.

“If it was prolonged, this did not stem from deliberate GOE (Government of Eritrea) policy choice. It was imposed by belligerent party which violated international law with impunity; with active/tacit external support,” he claimed.

Eritrea, on the Horn of Africa on the coast above Ethiopia, was for several years sanctioned by the United Nations which charged that the government violated several international treaties. Those sanctions imposed nearly a decade ago were unanimously lifted by the Security Council in November, 2018, four months after the signing of an historic peace agreement with Ethiopia in July, 2018. 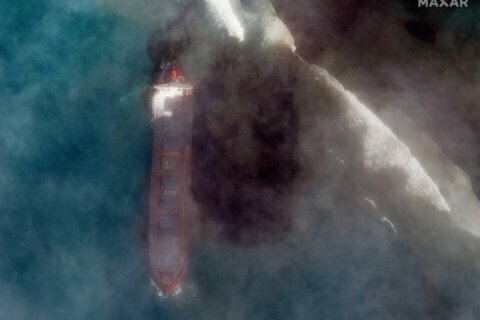 Gunmen kill at least 20 in village in eastern Burkina Faso