LAGOS, Nigeria (AP) — Members of Nigeria’s pro-Iran Shia Muslim sect, the Islamic Movement of Nigeria, say two of their members were killed and several injured in the northern city of Kaduna when police fired on an anti-government demonstration.

The group said in a statement on Friday that the killings happened on Thursday at a protest against the detention of their leader, Sheikh Ibraheem Zakzaky.

The Nigerian Shia group has held several protests this week demanding the release of Zakzaky, who is reportedly in failing health.

On Tuesday a group of the Shia protesters tried to enter Nigeria’s National Assembly in the capital Abuja. Police dispersed them and the Islamic Movement says two of their members were shot dead in that incident.

Nigeria’s police did not confirm that any protesters were killed in either of the incidents and instead blamed the group for the violence at the National Assembly and said two of their officers were injured by gunshots.

The Kaduna and Abuja incidents highlight the growing tension between the police and the Shias who have stepped up their demonstrations calling for the release of their leader who has been jailed since 2015.

Zakzaky, his wife and several other members of the Shia movement were detained following an incident in which some Shia members prevented a military convoy carrying Nigeria’s Chief of Army Staff Tukur Buratai from driving close to a Shia ceremony.

The military described the incident as an attempt to assassinate Buratia and attacked a gathering of Shia members who were in the northern city of Zaria for a religious ceremony. At least 375 people were confirmed dead in the military assault, although the Shias say more than a thousand of their members were killed.

Authorities are holding Zakzaky on charges of murder in connection with the death of a soldier said to have been killed on the Zaria incident.

The military and police have allegedly shot dead scores of Shia members during the numerous protests held for his release since 2015.

Zakzaky who sustained gunshot injuries during his arrest is said to be in very poor health and needs urgent medical attention.

The Shia, a minority Muslim group in Nigeria, say they are being persecuted by Nigeria’s majority Muslim Sunni group. The Shias are believed to be heavily backed by Iran. Earlier this week, the Iranian Foreign Ministry summoned Nigeria’s chargé d’affaires to Tehran to express concern over Zakzaky’s deteriorating health.

Report alleges killings in Burundi as elections draw near 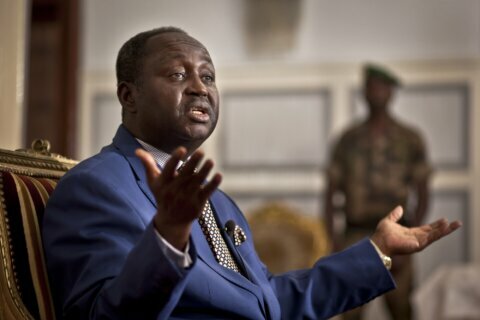