JOHANNESBURG (AP) — South African media report that 33 people are dead from flooding and mudslides in the country’s eastern KwaZulu-Natal province.

State broadcaster SABC on Tuesday cites provincial authorities on the number of fatalities. The flooding has been caused by heavy rains that began on Monday.

The report says hundreds of homes in the Indian Ocean coastal city of Durban alone have been damaged.

Some people reportedly are wary of leaving their homes as waters rise because they fear they will be looted. 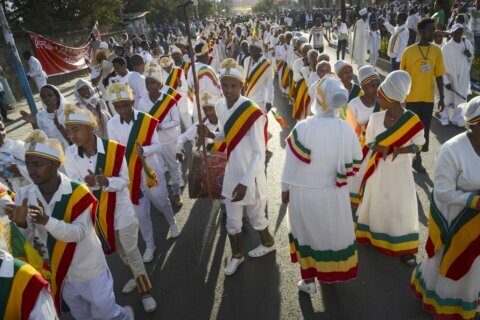 3 killed, 100-plus hurt in collapse during Ethiopia ceremony

At least 2 killed, 20 wounded in bombing near Somali capital