KANO, Nigeria (AP) — Nigeria faced a second day of voting in scattered areas on Sunday in a presidential election seen as too close to call, while the death toll from vote-related violence mounted in Africa’s largest democracy.

The electoral commission said it was happy that voting was generally peaceful, but it mourned the killing of one of its workers by a stray bullet. At least 39 people have died in extremist and other attacks, said analysis unit SBM Intelligence, citing informants and media reports.

The election worker was killed after completing work in Rivers state in the restive south, with electoral chairman Mahmood Yakubu telling reporters: “May her soul rest in peace.”

He didn’t give an overall death toll, saying he was focused on election workers, who faced “intimidation, abduction, hostage-taking and violence.”

In one case, he made an urgent phone call to secure the release of workers and even police taken hostage in Rivers state, he said. All were unharmed.

Voting continued in parts of Abia, Bayelsa, Benue, Plateau, Zamfara and Sokoto states after the process was extended because of various issues.

The national vote compilation center opened in the capital, Abuja, on Sunday evening, with at least one state among Nigeria’s 36 already on the way after completing its vote count.

A formal declaration of the presidential winner would come “in the not-too-distant future,” the chairman said. Meanwhile, observers warned of potential thuggery as local officials raced to compile votes across the country.

More than 72 million people had been eligible to vote in Africa’s most populous country and largest economy. The election was held a week late after the electoral commission cited several logistical challenges, including bad weather.

President Muhammadu Buhari, a former military ruler who unseated the incumbent in the 2015 election, seeks a second term against more than 70 candidates. His main rival is Atiku Abubakar, a former vice president and billionaire businessman who has made sweeping claims of reviving an economy still limping back from a rare, months-long recession.

Many Nigerians, appalled that their country recently became the world leader in the number of people living in extreme poverty, said the election will be decided by economic issues. Nigeria slipped into recession under Buhari when global oil prices crashed, with unemployment growing significantly to 23 percent and inflation now above 11 percent.

One of the largest domestic observer groups, Watching the Vote, told reporters that Nigeria had missed its chance to improve on the 2015 election, seen as one of the most transparent in the country’s history.

In the northern city of Kano, tempers flared at one vote compilation center where Abubakar supporters alleged that ballots from a couple of polling units hadn’t been counted. Amid shouting, security personnel pushed them out of the courtyard’s metal door.

A ruling party supervisor, Joy Bako, watched in exasperation after she spent a sleepless night standing guard over results, like many party agents across the country.

“It was free and fair,” she said. “Nobody was arguing. I’m surprised at all this noise.”

Observers and others who visited multiple compilation centers reported a peaceful process in a region where voters were expected to largely support Buhari.

Even one Abubakar supporter, Abubakar Ali, paused from the ruckus to acknowledge that “everything was going clear.” But many people didn’t come out to vote as compared to 2015, he said.

Godwin Ugbala, who spent the election as an agent for one of Nigeria’s dozens of small political parties, also reported a smooth voting day. He added his voice to many Nigerians’ frustration with Buhari, though some voters said they had no other option but him.

“This one failed us in so many ways,” Ugbala said. “No business. Everything is tired.” He voted for Buhari in 2015 but said the president had “betrayed” the people by not following up on his promises to tackle insecurity and corruption. 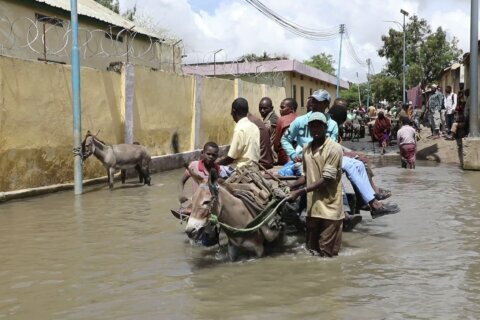 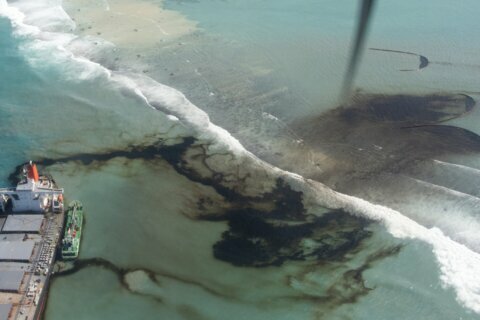 Nigeria singer sentenced to death in north for blasphemy